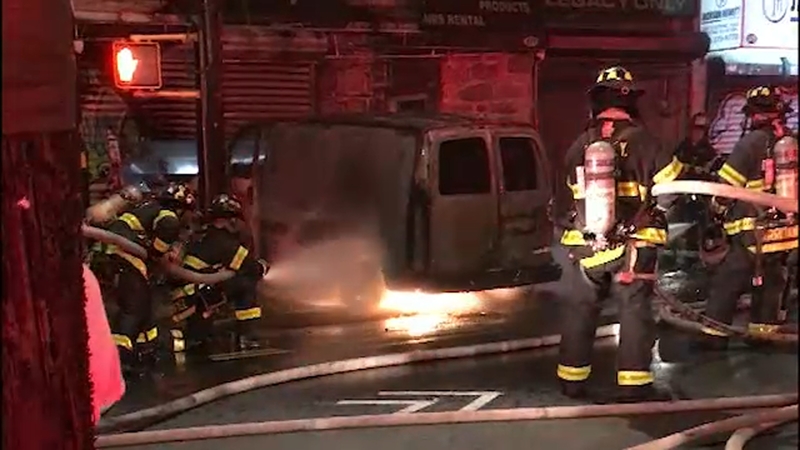 STAPLETON, Staten Island (WABC) -- A man is accused of intentionally crashing a van into the Staten Island building where his ex-wife lives.

Video captured the fiery crash on Bay Street in Stapleton.

It happened just before 11 p.m. on Sunday.

Anthony Imafidon, 42, is accused of driving into the front of a market on the first floor of the building.

Police believe he had an incendiary device in the van, which sparked the fire.

Fortunately, his ex-wife, children, and others inside the building were not hurt.

It's believed the former couple had an ongoing dispute.

Bay Street was closed for the police investigation.