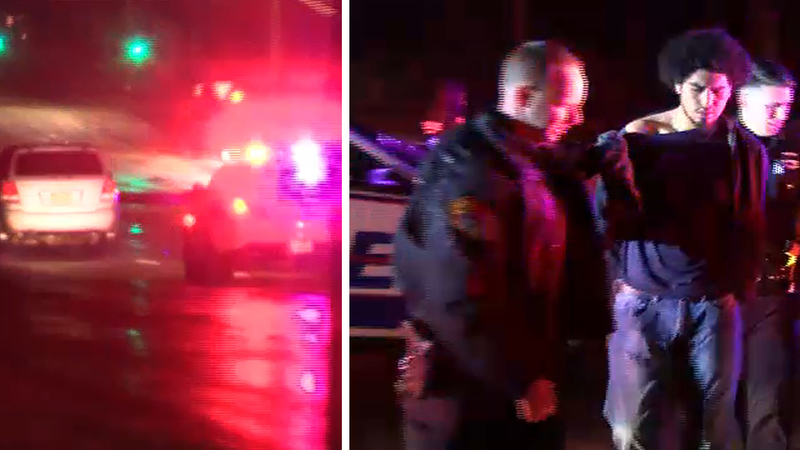 COMMACK, Suffolk County (WABC) -- A man is under arrest after allegedly leading police on a nearly hour-long chase on Long Island early Wednesday.

Authorities say the pursuit began in Port Jefferson around 2:23 a.m., when the suspect allegedly refused to pull over for a traffic stop.

Officers chased him on the Nesconset Highway until he ended up on residential roads in Commack.

Officers then took him into custody.

The suspect was taken to St. Catherine of Siena Medical Center in Smithtown for evaluation.

He is charged with driving while intoxicated, and additional charges are pending.

The name of the suspect has not yet been released.