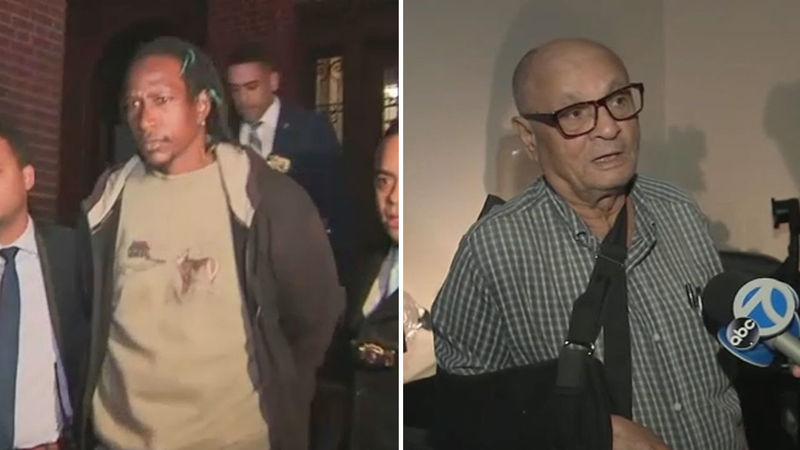 UNIVERSITY HEIGHTS, Bronx (WABC) -- A man injured in a brutal and unprovoked attack in the Bronx is speaking out about the harrowing ordeal.

Pablo Vargas, 81, was standing on Jerome Avenue and reading a newspaper Thursday morning when surveillance video shows the suspect approach him from behind and kick him in the back.

After knocking the victim to the ground, the attacker just walked away.

Denroy Anthony, 44, was arrested later Friday and taken into custody on two counts of assault.

Vargas said that he thought he had been punched until Eyewitness News showed him the video of the kick.

He said the attack came without warning.

"No, I've never seen him," Vargas said. "I was walking alone. We hadn't said anything to each other."

The suspect can be seen in the video shouting or talking to himself as he walked away.

Vargas was treated in the hospital for a dislocated shoulder, and the elbow he landed on is bruised and swollen and in a sling.

Still, he considers himself lucky.

"If he would have hit me in the back of the head, they'd be burying me today," he said.