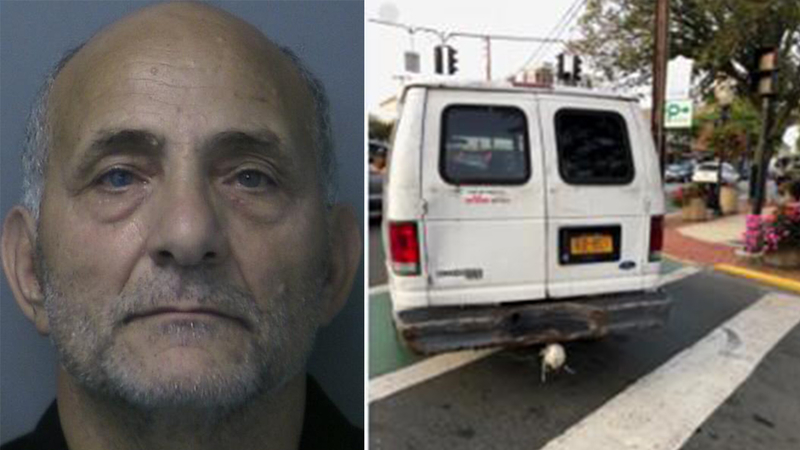 WEST BABYLON, Long Island (WABC) -- A Suffolk County man was arrested after allegedly following two teenage girls and trying to pull one into his van.

The most recent happened around 3:15 p.m. on September 7 when a 14-year-old girl said the suspect, 59-year-old Marwan Hanna, tried to grab her in a parking lot on Montauk Highway.

Police said Hanna was riding around in a white 1997 Ford van.

Police said the other incident took place August 22 at 7:15 p.m. a few blocks away. Another 14-year-old girl said she was approached by the suspect, but a good Samaritan scared him off.
Hanna was arrested at his home and charged with two counts of endangering the welfare of a child.

Suffolk County police are investigating to see if the suspect had more victims.

Officers are asking anyone with information or who might have been a victim to contact the First Precinct Crime Section at 631-854-8126.