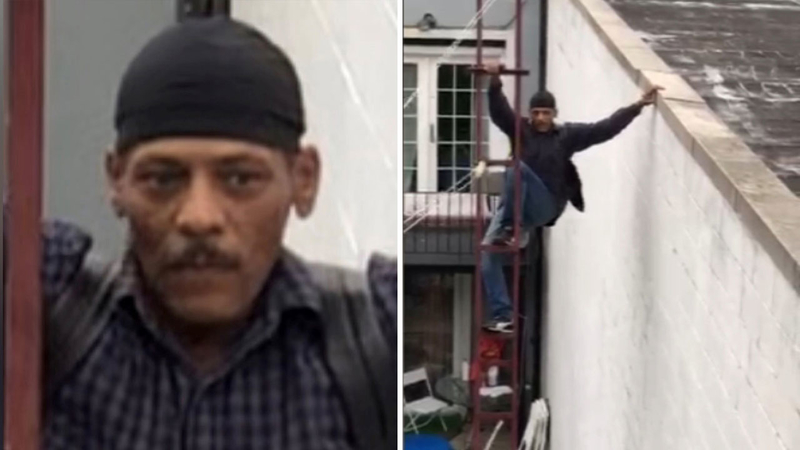 WOODHAVEN, Queens (WABC) -- A man is in police custody after allegedly knocking a mother unconscious right in front of her 4-year-old son.

Police said Derrick Chirse, of Brooklyn, faces several charges after a 35-year-old mother was punched in the face, head, chest and back in front of her child Monday.

She had been picking her son up from his pre-school on Atlantic Avenue and 84th Street in Woodhaven.

The mother was knocked unconscious, and the 57-year-old suspect allegedly stole her purse and ran away.

Good Samaritans chased him into a nearby backyard but he jumped over three fences before he managed to climb onto the roof of a nearby CVS and escape.
EMBED More News Videos

Dramatic video shows good Samaritans trying to stop the man who allegedly attacked a woman, knocking her unconscious, in front of her 4-year-old son in Queens.

Eyewitness News spoke to a witness who tried to smack the suspect with a chair.

"I hit him with the chair, but he threw it back at me again," said Khaled Elshabasy. "And he ran away from here up and ran away, I don't know."

When the chair was unsuccessful, Elshabasy said he tried again with a broom, but the suspect still got away.