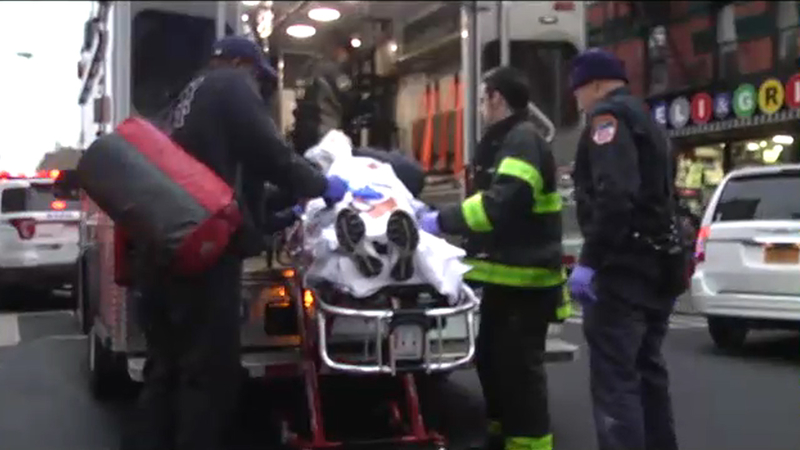 Good samaritan helps man who was being attacked in East Harlem

EAST HARLEM, Manhattan (WABC) -- A 68-year-old man was beaten in what eyewitnesses are calling an unprovoked attack in East Harlem Friday afternoon, and it could have been a lot worse if not for a good Samaritan.

The incident happened in broad daylight on 117th Street and Lexington Avenue around 3 p.m.

The victim was walking down the street when another man approached him and kicked him in the chest, causing him to fall and hit his head on the pavement.

He was bleeding from his head and was transported to a local hospital.

Witnesses said the assault was unprovoked and vicious.

"He just fell back, hard," Walter Velasquez said. "You could hear the thump, thump."

Velasquez said it came out of nowhere.

"Without a word being said, he just turned, hit him in his chest or his neck area, just falls back back, and I called 911," he said. "He just fled. I hope it's not the kicking game or the punching game, because there were no words."

The victim was bleeding profusely from his head, and Valesquez came to his aid.

The victim is hospitalized in serious condition.

Police believe the suspect may have fled on the subway. Anyone with information is urged to contact police.
Report a correction or typo
Related topics:
new york cityeast harlemmanhattanassaultattack
Copyright © 2021 WABC-TV. All Rights Reserved.
More Videos
From CNN Newsource affiliates
TOP STORIES