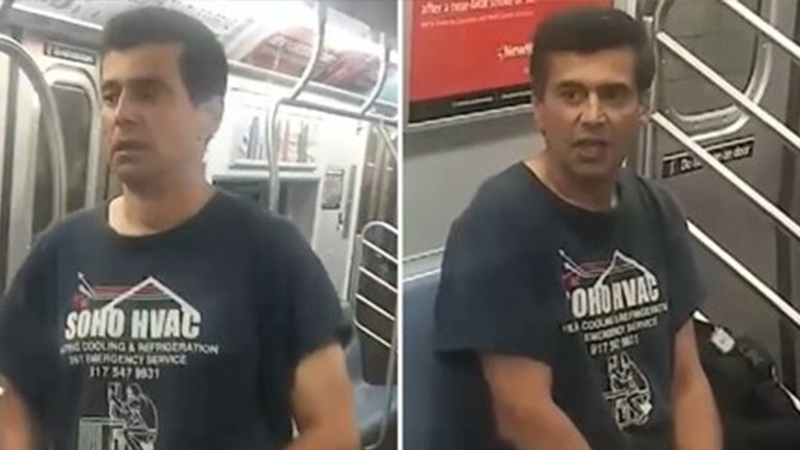 BEDFORD-STUYVESANT, Brooklyn (WABC) -- Police are searching for the man who allegedly yelled the N-word while brandishing a box cutter at people on a Brooklyn subway train Saturday.

The NYPD said the man, who is white, began fighting with a group of black men around 12:00 p.m. on a northbound C train approaching the Kingston-Throop Avenues station in Bedford-Stuyvesant.

During the fight, police said the man began using the N-word, pulled out a box cutter, and threatened passengers on the train.

While exiting the train at Kingston-Throop Avenues, he then began fighting with a black woman and also called her the N-word.

Police described him as a 40-year-old white man who's approximately 5-foot-9. He was last seen wearing a blue shirt with the words "Soho HVAC" on the front, black pants, and black sneakers.

Anyone with information in regard to the above incident is asked to call Crime Stoppers at 1-800-577-TIPS (8477). The public can also submit tips by logging onto the Crime Stoppers website at WWW.NYPDCRIMESTOPPERS.COM or by texting their tips to 274637 (CRIMES) then enter TIP577.