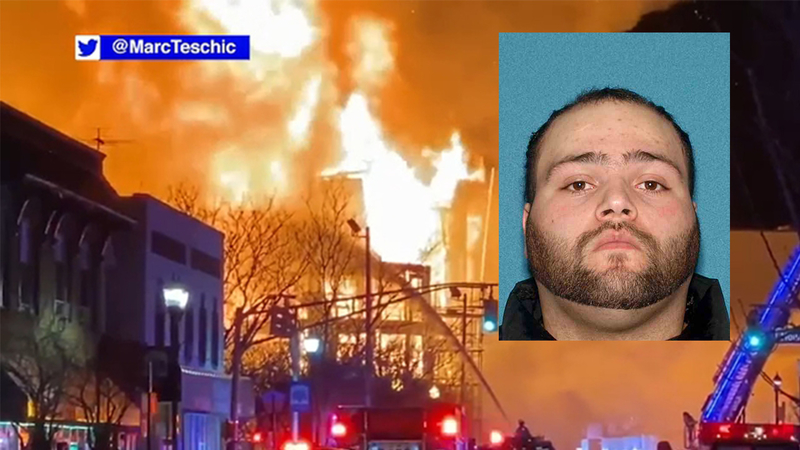 BOUND BROOK, New Jersey (WABC) -- A man has been charged with arson in connection with a raging seven-alarm fire that started in an apartment building under construction in New Jersey and spread to several other buildings late Sunday.

Authorities on Tuesday announced the arrest of 28-year-old Juan Hector Padilla in relation to the blaze that began at the construction site of the Meridia II, which included 174 apartments and retail space.

They say Padilla was seen walking in the area several times leading up to the fire, and that further investigation revealed he was responsible for starting it.

No injuries were reported, but the Red Cross said they were helping 24 people from 11 families displaced by the fire. Some 400 residents were left without power as a result of the fire.
The investigation into the origin and cause of the fire is ongoing by investigators.

At a town council meeting on Tuesday night, it was clear that many in the neighborhood think Bound Brook is growing too fast and building too many buildings that they say are changing the character of the area.

For those opposed to the construction, the mayor did not offer much hope. He said despite objections, the project would be rebuilt precisely as it was designed.

Anyone with additional information is urged to contact the Somerset County Prosecutors Office Major Crimes Unit at (908) 231-7100 or the Bound Brook Police Department at (732) 356-0800. Information can also be provided through the Somerset County Crime Stoppers' Tip Line at 1-888-577-TIPS (8477).