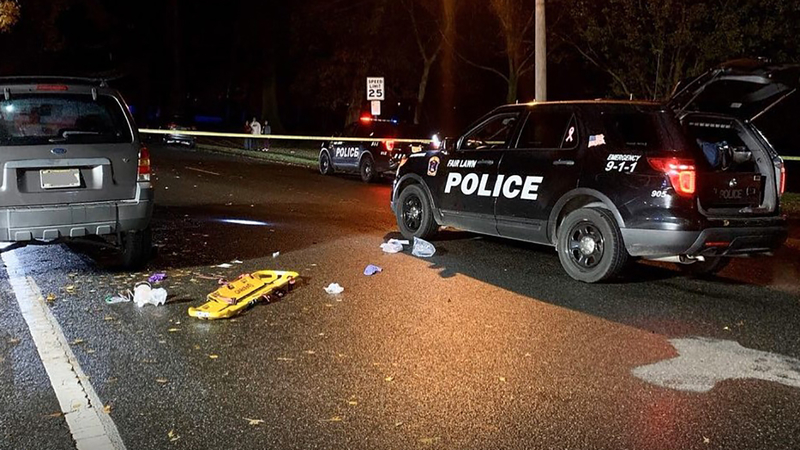 FAIR LAWN, New Jersey (WABC) -- A man is in critical condition after being struck by a car in New Jersey Wednesday night, and a dog led police to his house to alert his family, authorities said.

At about 6:30 p.m., officers in Fair Lawn responded to a 911 call of a pedestrian struck by a motor vehicle on Berdan Avenue at Sunnyside Drive.

A 2006 Ford Escape hit the 64-year-old victim while he was crossing Berdan Avenue with his dog, which was not struck.

The man was taken to St. Joseph's Medical Center with head and leg injuries.

The 61-year-old driver was hospitalized with chest and arm injuries. A 60-year-old passenger was uninjured.

The dog, an American bulldog named 'Mr. Wrinkles,' was captured by Fair Lawn Police nearby.

With the victim having no identification on him, police say the dog led detectives to his residence about five blocks away from the crash scene, and they were able to inform the family of what happened.

The area where the crash occurred is expected to be closed through the night.