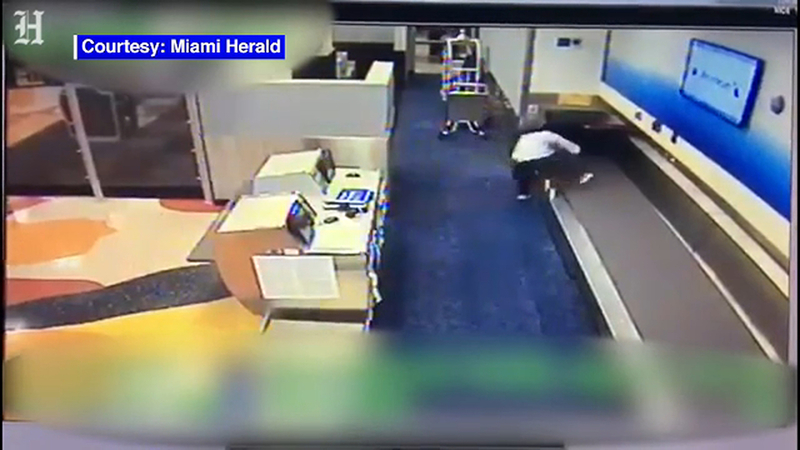 MIAMI, Florida (WABC) -- A disturbing security breach at one of the nation's biggest airports was caught on camera.

Video from the Miami Herald shows a man climbing onto the baggage belt at the Miami Airport and finding his way to the tarmac.

That's where American Airline workers tackled the man and held him until police arrived.

The man had been involuntarily committed to a hospital for mental health reasons just days before the incident.

He told the workers who tackled him he wanted to get on a plane.