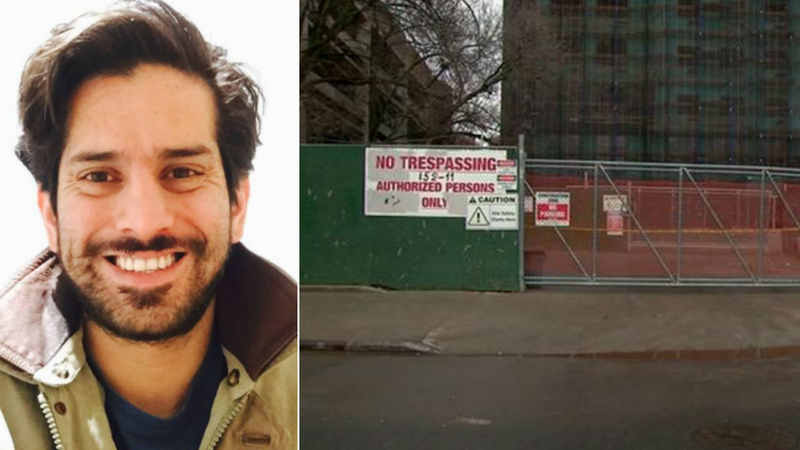 Edgar Pazmino, of the Bronx, and another worker were using the forklift to transport a bundle of windows for storage at a former parking garage on 89th Avenue.

Around 11 a.m., Pazmino was reportedly standing on the back of the forklift as it was being driven by the other worker when his head hit a low-clearance ceiling in the garage.

Pazmino, an immigrant from Ecuador, was pronounced dead at the scene, officials said.

"He was a great friend, very joyous and funny person who was a very hard worker," said a friend, Steven Ruiz.

The project is under an active stop-work order, but that does not prohibit workers from storing materials on site.

A partial stop work order was issued in September when concrete sitting on plywood collapsed and a worker fell from the eighth to the seventh floor.

The Buildings Department has issued a violation for failure to safeguard the construction site and will take additional enforcement actions once this new investigation is wrapped up.