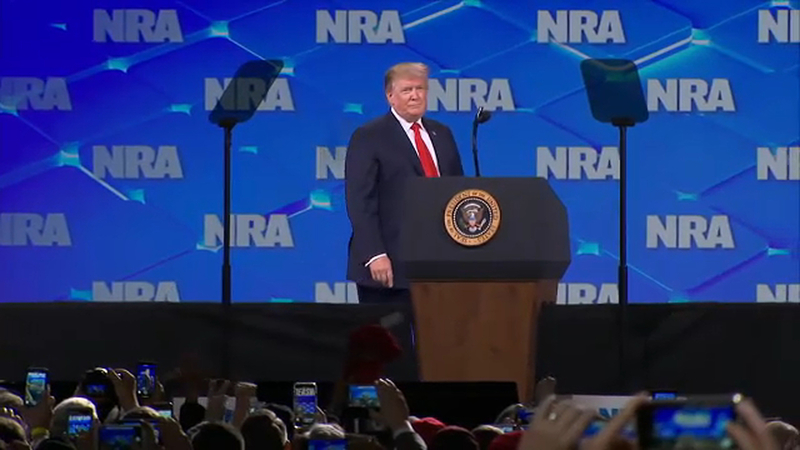 Man questioned by Secret Service after cellphone thrown at Trump

INDIANAPOLIS (WABC) -- The Secret Service is questioning a man after they say he tossed a cellphone at President Donald Trump.

It happened Friday as the president was walking on stage in Indianapolis to give a speech to the National Rifle Association.

Secret Service agents are conducting what is being called a protective intelligence interview with the alleged tosser.

The man was removed from the audience after the phone was thrown toward the stage.

The phone flew toward one side of the lectern as Trump was approaching from the other side. The president proceeded with his speech without delay.

Witnesses said the man appeared to be a supporter of the president.