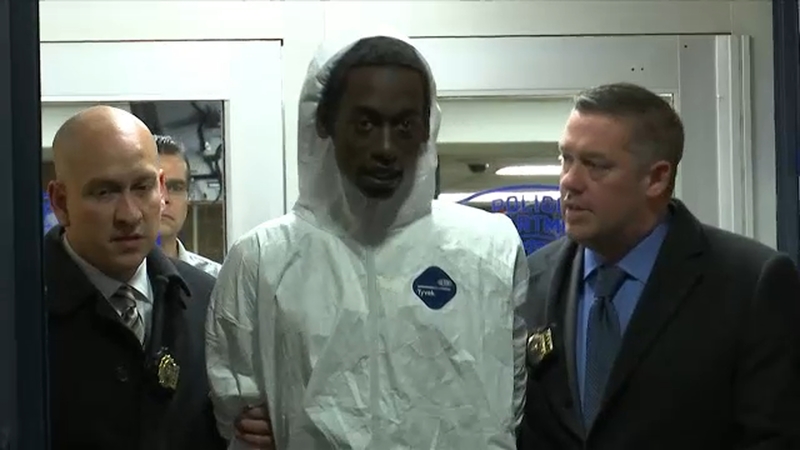 BUSHWICK, Brooklyn (WABC) -- A man is under arrest after a 70-year-old driver was fatally stabbed while getting out of his car in Brooklyn.

The incident happened in front of 140 Woodbine Street in Bushwick around 9:20 a.m. Friday.

Police responding to the scene and found Otto Ponce-Farfan with stab wounds to his chest and shoulder.

Witnesses say the assailant attacked the driver before running into an abandoned building down the street.

The victim was transported to Elmhurst Hospital Center where he was pronounced dead.

The 29-year-old suspect, Rafael Fuller, was later arrested on charges of murder and criminal possession of a weapon.

Several residents said the assailant is well-known in the area for causing trouble on the block.

"I always have my guard up whenever I see this guy because he just seems like he's not all there you know," resident Thomas Caban said. "Like pacing up and down the block all day long."

The victim and his attacker are not believed to have known each other.