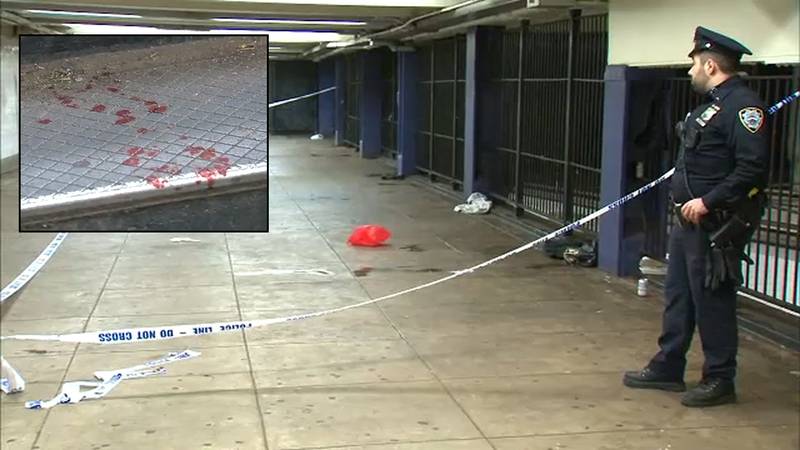 LOWER MANHATTAN, New York City (WABC) -- One man is in the hospital and four others are under arrest after a stabbing during an attempted robbery at a Manhattan subway station.

Police say a man in his 20s was approached by several men who demand money while he was walking inside the East Broadway F train station just before 9 a.m. Wednesday.

He reportedly refused to hand over his money, and authorities say one of the men pulled out a knife and stabbed him in the forearm.

He is listed in stable condition.

Responding officers took four men in custody, including 28-year-old Juan Nunez, who is charged with robbery.