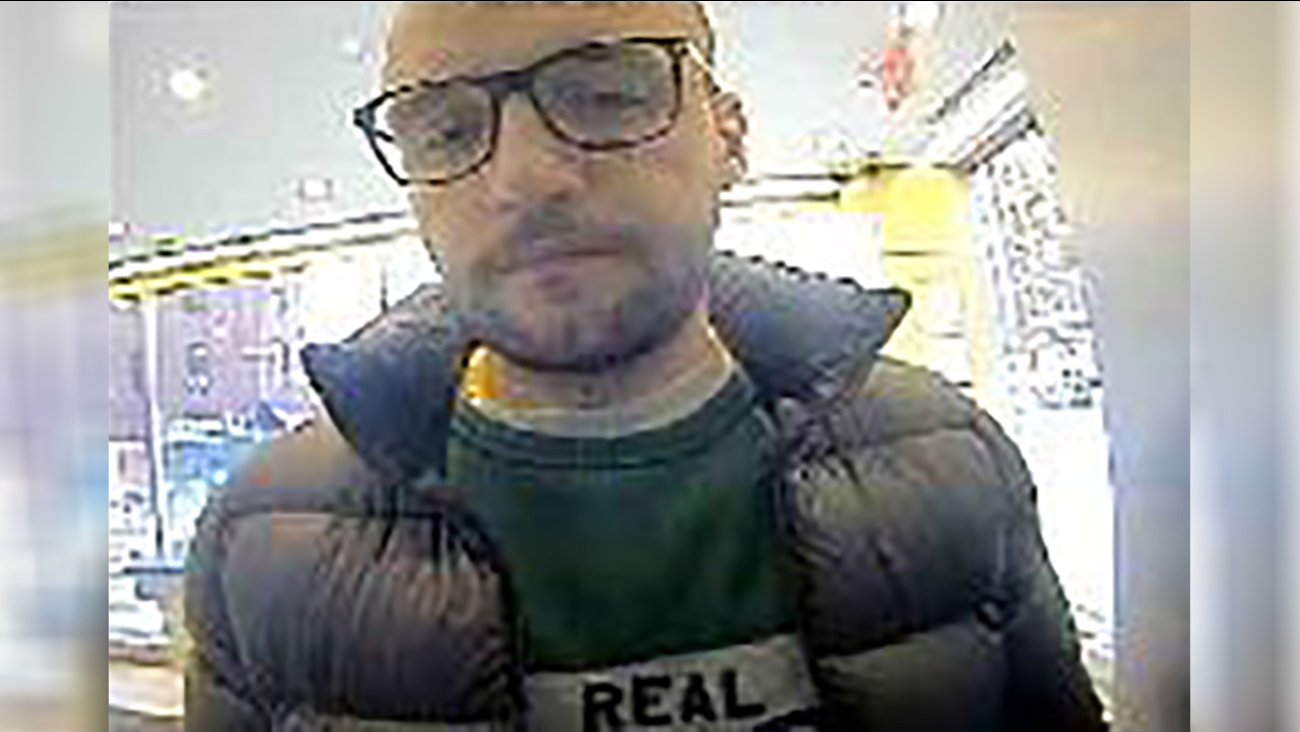 NEW YORK (WABC) -- The NYPD is on the lookout for a man they'd like to question in connection with a pattern of ATM cash withdrawals that were gained by using cloned debit cards.

The first incident was reported at approximately 6 a.m. inside a commercial building at 9th Avenue and West 16th Street on December 18th where many unauthorized transactions were made at several ATMs inside.

The next incident occurred over a week later on December 28th, also at around 6 a.m., inside a commercial building on West 83rd Street. Like the previous report, numerous unauthorized transactions were made from ATMs inside the building.

Nearly a month passed before the next reported incident at approximately 6:45 p.m. on January 20th from an ATM on Broadway and West 149th Street when over $1,400 was withdrawn from the TD Bank account of a 68-year-old man.

Just over an hour later at approximately 8 p.m., over $700 was withdrawn from a 25-year-old woman's TD Bank account from an ATM in Manhattan.

The most recent reported incident occurred a few days later at approximately 9 a.m. on January 23rd when the unidentified male withdrew over $2,000 from the MCU Bank account of a 71-year-old woman by using various ATM machines.

The individual police would like to speak with was last seen wearing a black bubble jacket, a multi-colored t-shirt underneath with "Real" printed on the front.

Anyone with information is asked to call the NYPD's Crime Stoppers Hotline at 1-800-577-8477, submit tips online at NYPDCrimeStoppers.com, or text any tips to 274637 (CRIMES) and then enter TIP577.