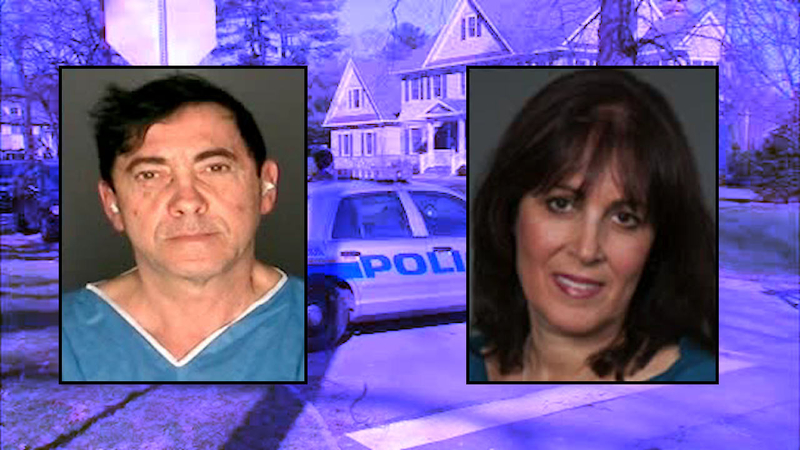 SCARSDALE, Westchester County (WABC) -- A former financial executive who pleaded guilty to fatally stabbing his wife was sentenced to 20 years in prison Wednesday.

Julius Reich, of Scarsdale, spoke briefly in court, saying there were no words to explain what happened the day he stabbed Dr. Robin Goldman 22 times while she was showering at their multi-million dollar home.

"The damage that was caused is unfathomable," he said. "I shall bear the guilt forever. My only hope is that someday my children find it in their hearts to communicate with me. I hope and pray that they stay strong and find ways to continue their lives and careers with the love and devotion their mother exemplified."

He did not apologize, but he said he regrets his current relationship with his three adult children. They were not in court, and the district attorney spoke on their behalf.

Reich pleaded guilty to first-degree manslaughter and faced up to 25 years in state prison.

His children advised the DA and the court that it was their strong desire to avoid the trauma of a trial, and they are said to be in complete agreement with the terms of the plea.

They said they are relieved their father finally accepted responsibility for his actions, and his plea will help them move forward and bring finality to a horrific situation.

Reich and his wife were in the process of divorcing but remained living in the same residence when on the morning of January 20, 2016, Reich entered the upstairs bathroom and attacked his wife.

She died at the scene.

Scarsdale police officers responded and discovered her body in the bathroom, and Reich was arrested.