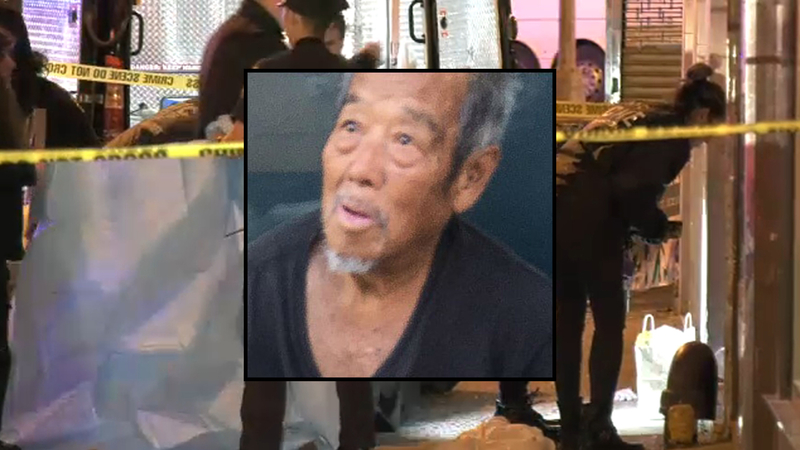 CHINATOWN, Manhattan (WABC) -- Loved ones said their final goodbyes Friday to one of the four homeless men randomly murdered by a pipe-wielding attacker in Manhattan's Chinatown.

Locals described Kok, an immigrant from Hong Kong, as a "gentle" and "polite" staple of their neighborhood.

He was killed while sleeping on the streets in the early morning hours of October 5. The other victims have been identified as 55-year-old Nazario A. Vazquez Villegas and 49-year-old Anthony L. Manson. The fourth victim has not been identified at this time, and another man was hospitalized in critical condition.

Police said Randy Rodriguez-Santos, 24, who is homeless, was arrested and charged in their murders.

While mourners attended services for Kok, advocates for the homeless rallied Friday to get more help for people living on the streets.

Mayor Bill de Blasio says the case is stirring the conscience of the city, but it is also putting new political heat on the mayor as well.

Some of the same advocates who had once supported his progressive agenda are now suggesting the mayor has not delivered on the amount of affordable housing needed to make the city safer.

"We voted for you! Keep your promise, and don't be a liar," said homeless advocate Gail Gadsden.

"It shouldn't stop with a thought and a prayer. With all of our voices united, we can demand accountability," said New York Assemblywoman Yuh-Line Niou.

The protesters at City Hall want to see 24,000 new units of affordable housing built, in addition to more supportive housing.

"The mayor committed to creating 15,000 units of supportive housing years ago, and he's fatally behind schedule on that," said Paulette Soltan, of Vocal-NY.