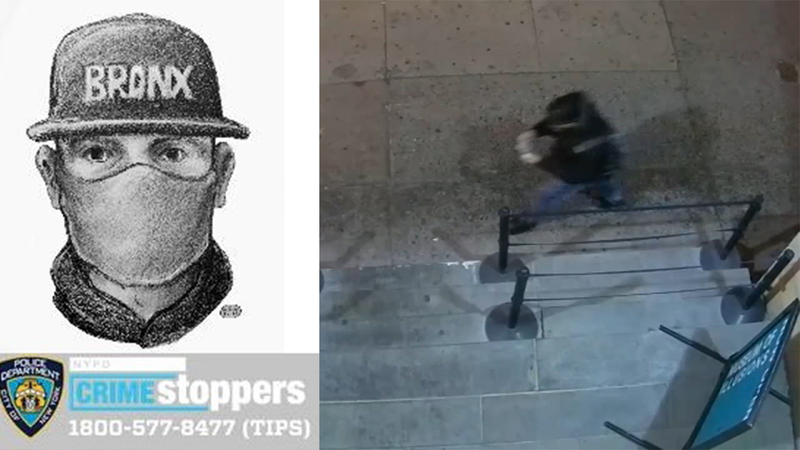 Sleeping woman wakes up to robber inside Greenwich Village apartment

GREENWICH VILLAGE, Manhattan -- Police are searching for the man behind a terrifying attack and robbery in Manhattan.

The NYPD released a sketch of the man they say broke into a sleeping woman's apartment in Greenwich Village.

When the 31-year-old victim woke up he demanded cash.

During the struggle, the money was torn in half, and he took off with the torn cash.

The victim suffered a bruise to her arm but refused medical attention.

The attacker was wearing a red cloth mask and a dark-color baseball cap that said BRONX in white lettering. He was wearing a backpack.