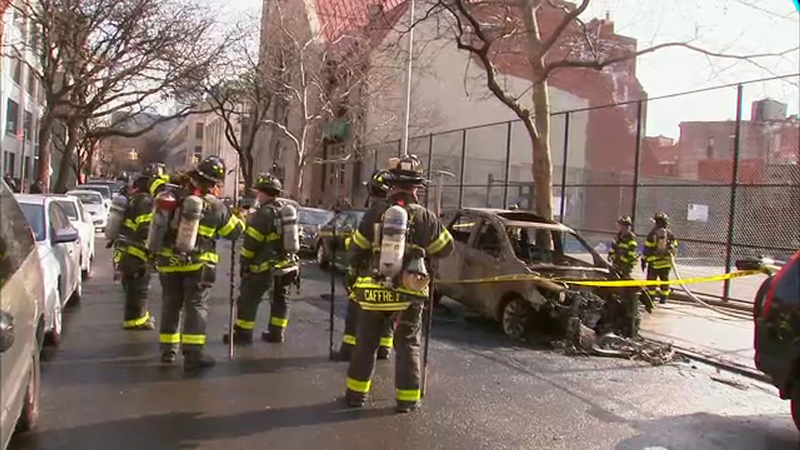 BOERUM HILL, Brooklyn (WABC) -- Fire from a manhole damaged several cars and knocked out power to homes and a school in Brooklyn Friday.

The blaze broke out shortly after noon in the 400 block of Pacific Street in Boerum Hill.

Several more cars were damaged before the situation was brought under control.

FDNY Chief Kevin Sullivan said the fire appeared to have started in an electrical service box underneath one of the vehicles.

Firefighters heard popping noises from a manhole as they were working to control the flames.

A spokesperson for Con Edison confirmed that the fire started in a manhole beneath the cars.

The utility said 98 customers, including Public School 38, lost complete or partial power as a result of the incident.

Those customers were expected to remain in the dark until sometime Friday evening.