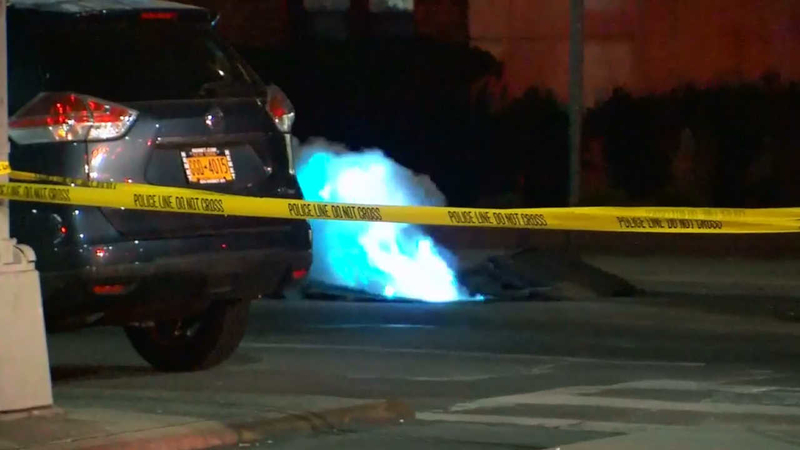 FOREST HILLS, Queens (WABC) -- Queens residents are on edge after a manhole fire that apparently caused a loud noise and a blast so powerful it shook buildings and knocked out power to the area.

FDNY says they responded to the scene at 102-30 Queens Boulevard just before 11 p.m. Sunday.

Users took to social media, saying the fire sounded like a large explosion.

Just underground on E train stuck right outside of 71st #ForestHills stop. Loud sound and then train shook. Anyone know what's going on??

One person who lives on Queens Boulevard says his building shook.