Several manhole fires on UWS knock out power to 40 buildings 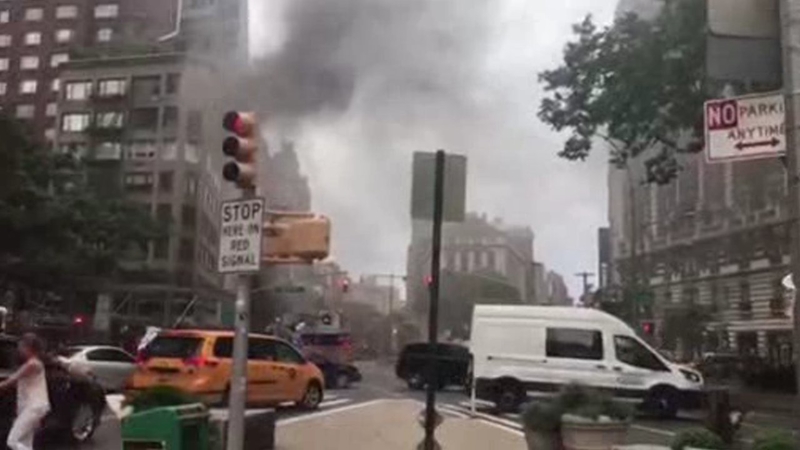 Hundreds without power after manhole fires on UWS

It all started at 71st Street and Broadway around 5:30 p.m. on Thursday. The neighborhood was choked with thick, black smoke.

This is crazy on 72nd st, looks like an electrical fire from a manhole #fireonbroadway pic.twitter.com/yjhbNafN4E

Con Edison along with the FDNY remain on the scene. They are working to isolate the burning cables and shut them off, but it is a slow process.

It wasn't until after 10 p.m. that the FDNY declared the situation under control. Now a long repair job awaits.

Broadway is shutdown between 70th and 72nd street.

There currently more than 600 customers without power and Con Ed estimates some 40 buildings/brownstones are affected. Some buildings had power, but their elevators wouldn't work.

It's not yet known when power will be restored.

Eyewitness News Reporter Josh Einiger is on the scene: