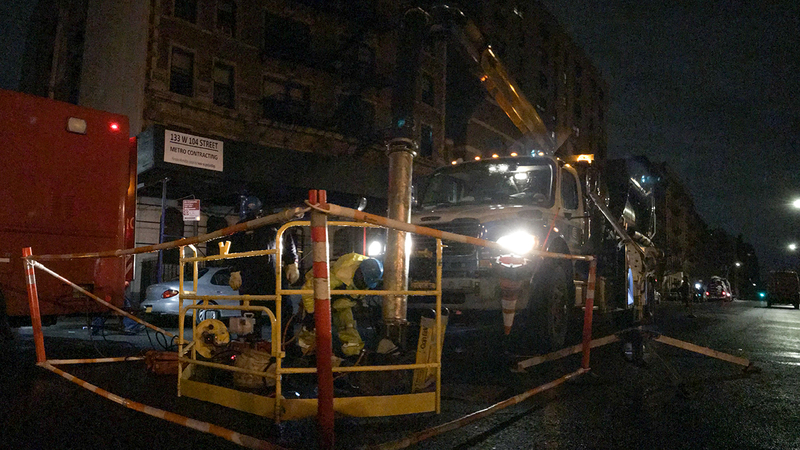 UPPER WEST SIDE, Manhattan (WABC) -- Over 70 apartments on the Upper West Side of Manhattan were left without power Wednesday night after several manhole fires.

The FDNY responded to the fires at around 7:30 p.m. on West 104th Street between Amsterdam Avenue and Columbus Avenue.

Con Ed says crews were working to repair three feeders that were damaged.
The fires are usually the result of road salt corroding the underground power cables, which short out and catch fire.

Residents were frustrated but coping as best they could. "Actually I'm new to New York, I moved here a month ago so this is my first big adventure," said resident Megan Hale.

"I'm not happy at all especially for communication because if they tell us what's going on then you know what to do," said resident Arelis Figueroa.

One of the buildings had partial power back but the elevators were still out late Wednesday night. Next to it is a church that was using emergency lighting.

Also, only a few doors down firefighters responded to a mattress fire inside a 5th floor apartment of a 7-story building at 133 West 104th Street.