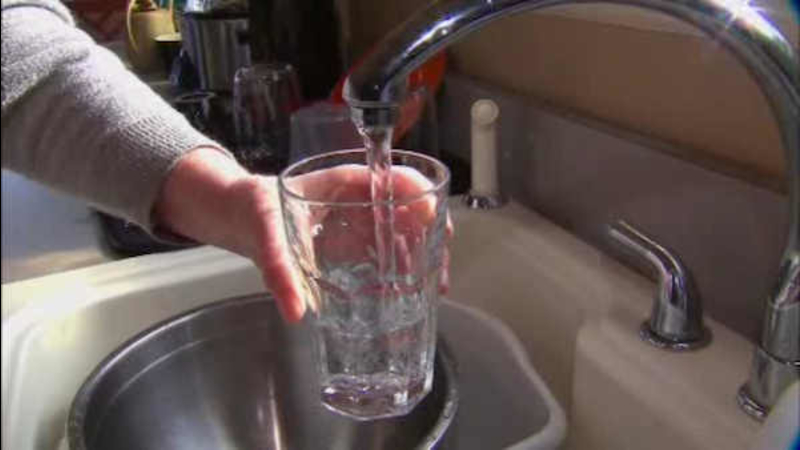 The question is, how widespread is the problem and what caused the contamination in the first place.

Clare Bennett was just doing her due diligence when she had her private well tested earlier this month.

"About a week or so after the sampling they called us and said don't drink your water, don't cook with your water and limit your bathing," she said.

It was a toxic gas additive called MTBE - and very high levels of it.

It can be odorless. The chemical has been banned in New York State since 2004.

"Does that scare you that you may have been drinking that stuff for years?," we asked Bennett. "Yes. It's disturbing. There's a lot with all of this to have to deal with," she said.

She's not the only one. The house across the street from her in Manorville just tested even higher for the dangerous chemical.

The Suffolk County Department of Health was in the neighborhood Wednesday gathering more water samples from homes.

The county as well as the Department of Environmental Conservation will have the task of trying to find where the chemical is coming from.

This is supposed to be a protected watershed area.

"We're in the middle of the Pine Barrens, the nearest gas station is four miles away," said Bennett.

What's scaring homeowners is that even if a well tests negative for MTBE right now -- it's pretty clear the chemical is on the move.

"Right now it's there very heavy and it's leeching across the street," said Manorville resident Cheryl Smith. "I would presume that it's going to affect the rest of us sooner or later."