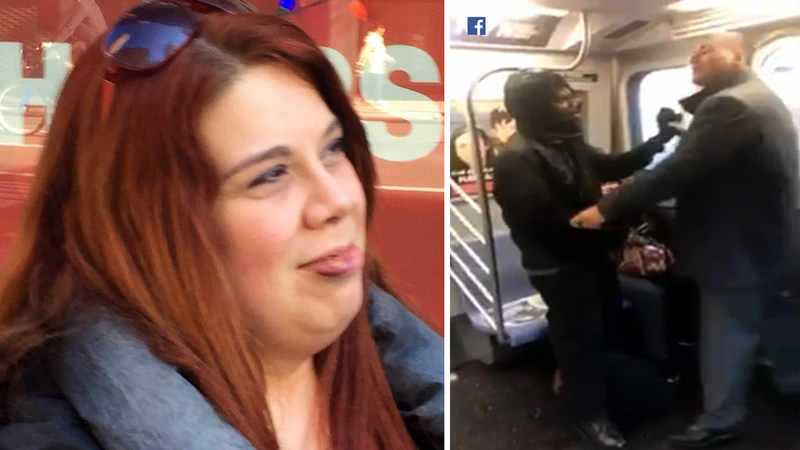 BENSONHURST, Brooklyn (WABC) -- A Brooklyn woman said she was punched in the face while riding the subway to work in Manhattan Thursday, and a following confrontation between riders was captured on video.

Samantha Saia said the ordeal started as soon as she took a seat next to a man on an N train in Bensonhurst during the morning commute.

But it could have been worse if a good Samaritan didn't step in, and that's when a passenger on the train started recording.

The good Samaritan jumped in and confronted the subway attacker. He forced the man to exit the train at the next stop.