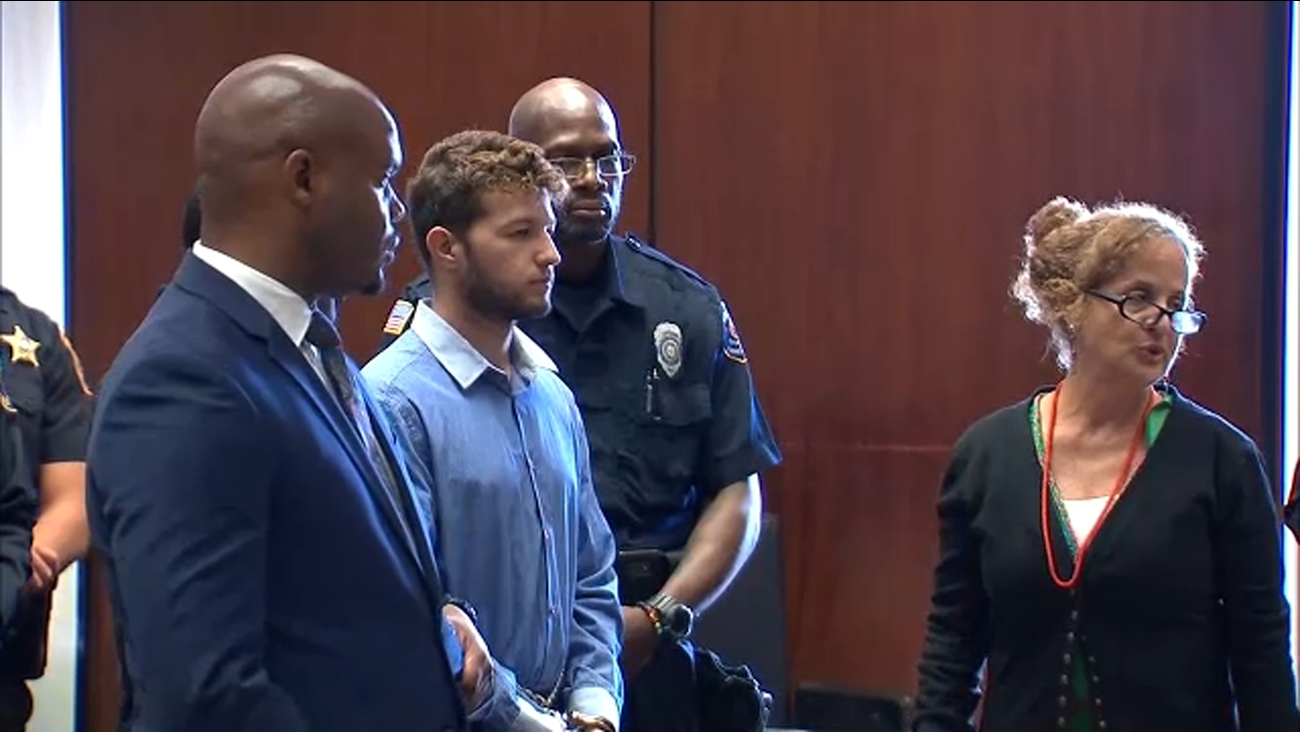 MAPLEWOOD, New Jersey (WABC) -- The man accused of killing his girlfriend and her boss appeared before a judge in New Jersey on Wednesday.

Police arrested Joseph Porter, 27, in the killings of David Kimowitz, 40, and au pair Karen Bermudez-Rodriguez, 26, who worked with Kimowitz's family in Maplewood.

According to court documents, Porter allegedly chased down Bermudez-Rodriguez after she tried to break up with him and stabbed her to death, then killed Kimowitz, the father of the family she worked for.
Bermudez-Rodriguez was found lying in the street on Walton Road near Jefferson Avenue in Maplewood around 6:00 a.m. Saturday, August 3, after police responded to a report of a woman being assaulted.

Officials said she had been stabbed but made it out of the home before she collapsed in the street with her hands bound. She was later pronounced dead at Beth Israel Medical Center.

Officers then found Kimowitz's body fatally stabbed inside a home nearby. His wife and children were not home. The family had moved to Maplewood about a year and a half ago.

Porter entered a plea of "not guilty." He was surrounded by guards and needed an interpreter. He was held without bail in the Essex County Correctional Facility because he was deemed a flight risk after being arrested at Newark Liberty International Airport trying to board a flight to Cancun, Mexico.

Authorities said Porter had been dating Bermudez-Rodriguez, who was employed as an au pair for the Kimowitz family. She was originally from Colombia.

Police say he used the keys to enter the home and attacked Kimowitz and Bermudez-Rodriguez.
Other nannies and au pairs in the area gathered to remember Bermudez-Rodriguez and take a stand against violence and hatred toward women.