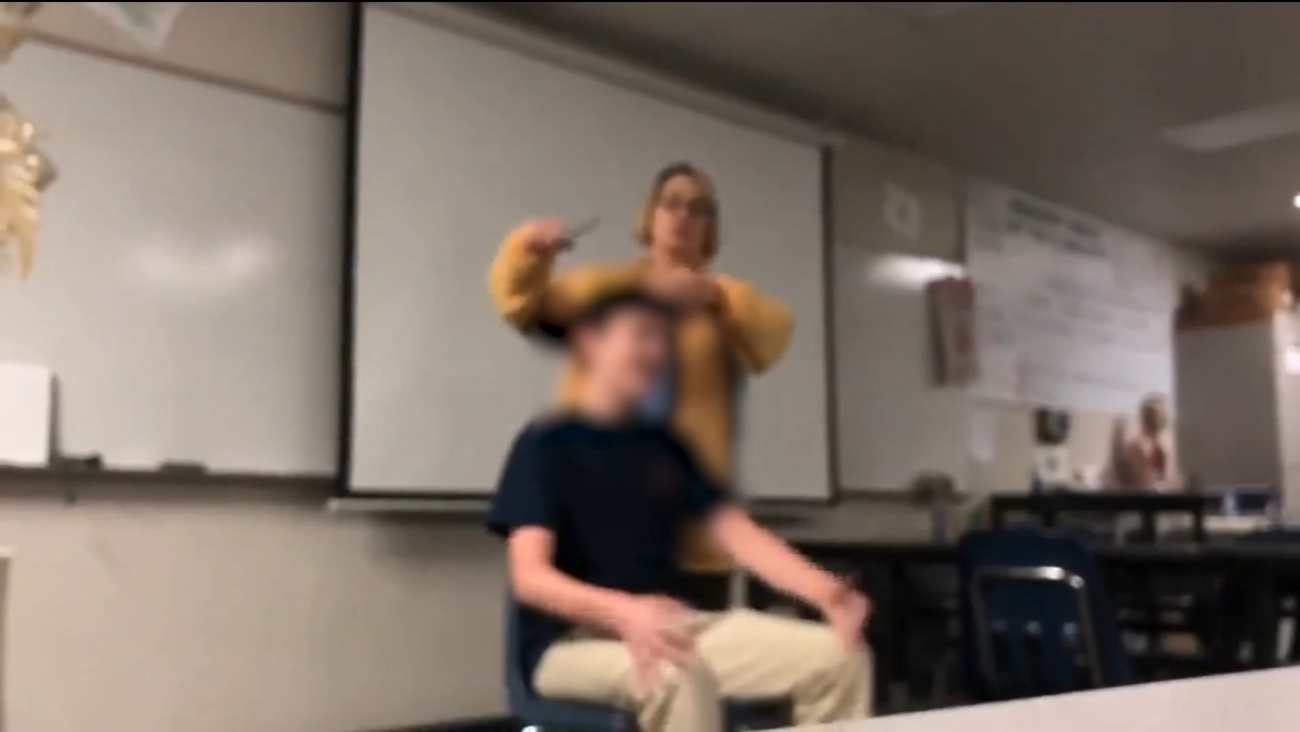 VISALIA, California -- A high school teacher who's accused of forcibly cutting a student's hair in class was arrested.

The bizarre chain of events began during first period inside Gieszinger's chemistry class. Students told our sister station KFSN-TV that the teacher came into class with a pair of scissors, declaring it was "haircut day."

"We think she's going to try to be funny and be like, 'Oh, did you really think I was going to cut his hair?' But she did cut a hair off, and she started singing the 'Star Spangled Banner,' and she was singing it really loudly as she ceremoniously tossed a chunk of hair behind her," said a student who wanted to remain anonymous.

The student said he was sitting in the back of the classroom and ran to the main office for help.

"I hope I never have to see her at the school again because I know for a fact I can never see her as a respectable authority figure in my life," he said.

The video continues to show Gieszinger grabbing at another girl's hair before students begin running out of the classroom. Students claim they don't know what triggered her behavior but said she had a similar breakdown earlier this week.

"I know that on Monday she had another freak out because a test was missing or something. She accused the students of taking the test," the anonymous student said.