California boy with only days to live to become honorary Marine 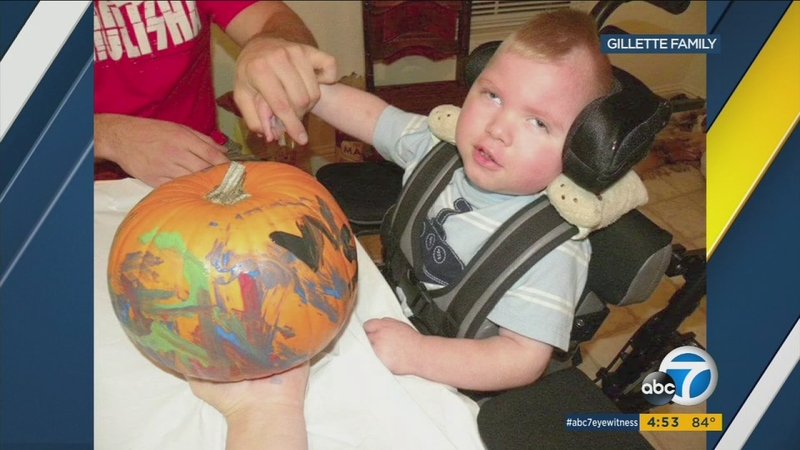 ORANGE, Calif. -- An 8-year-old Orange County boy who only has a short time left to live has been made an Honorary Marine, thanks to support from an online petition to the U.S. Marine Corps.

Jeremiah Gillette, 29, is a Marine drill instructor. His son Wyatt suffers from a rare condition that has caused him multiple medical problems including seizures and now complete kidney failure. He is heading to hospice and his family believes he has less than two weeks to live.

As Wyatt was fighting for his life, Jeremiah turned online to fellow Marines, asking for prayers. Among the outpouring of support, a Change.org petition was started online to get Wyatt named an Honorary Marine, a designation the USMC only bestows to a few people per year. The designation has to be approved by the commandant of the Marines and normally is expected to require a lengthy review.

Within a short time, more than 3,600 people signed the petition.

"Well everyone, I spoke with my Battalion Commander," he wrote on Facebook. "This Morning General Robert B. Neller, the Commandant of the Marine Corps approved Wyatt to become an honorary U.S. Marine."

"Felishia, myself and especially Wyatt want to thank you all so much."

He said he hopes to hold a short ceremony soon to honor his son.