Marisa Tomei comes to Broadway in 'The Rose Tattoo' 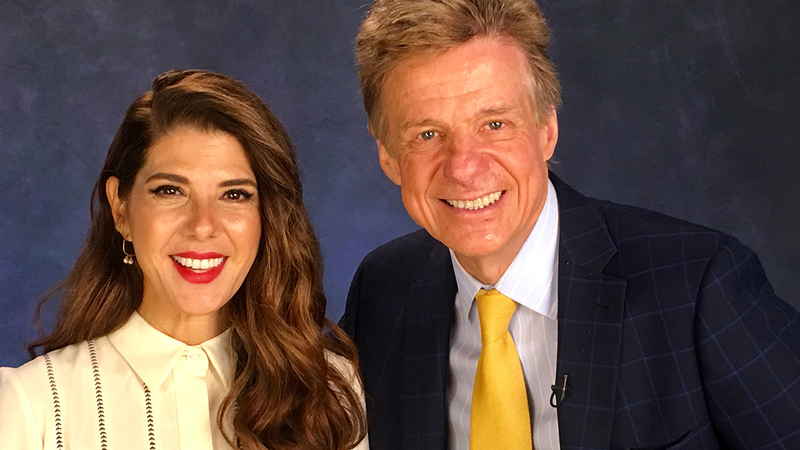 Marisa Tomei comes to Broadway in 'The Rose Tattoo'

NEW YORK (WABC) -- Marisa Tomei won an Oscar for "My Cousin Vinny" and a younger generation knows her as Aunt May to Peter Parker (a.k.a. Spider-Man), but she has long worked onstage, most recently at Lincoln Center. Now, she's on Broadway in a revival of "The Rose Tattoo."

For all her success on-screen, Tomei said the immediacy of live theater draws her back every couple of years, and this time, she has chosen a comedy by Tennessee Williams.

The playwright is best known for his dramas, tragedies like "A Streetcar Named Desire" and "The Glass Menagerie. This was a change of pace for him.
In "The Rose Tattoo," a widow is still mourning the death of her husband when she meets a man. She starts to fall in love -- and lust again-- somewhat reluctantly.

"She's at a point in her life when she thinks love isn't going to happen to her ever again, and she doesn't really leave the house, and someone comes to her doorstep," Tomei said.

"The Rose Tattoo" is a comedy from a master of tragedy!

"It's funny and it's uplifting, and it has that tragic comic in it, but no one gets carted off to the insane asylum in this one," she said.

The revival of a play, originally produced back in 1951, comes in the midst of a great year for Tomei.

Her role as Edith Bunker in ABC's live presentation of "All in the Family" helped contribute to the high ratings and high praise the remake got in May. The performer calls this "a dream come true" that she "didn't even know was a dream."

Nailing the Queens accent was no problem for this native of Brooklyn.

"I think we all grew up with that beautiful Jean Stapleton as Edith Bunker," she said.

She said re-creating that was magical.

"It was so thrilling," Tomei said. "I thought I found my niche, but it only exists once in a lifetime!"

So for now, the theater is her home.

"I do miss it," she said. I come back like a homing pigeon."

Like most Broadway productions with a star's name above the title, "The Rose Tattoo" with Marisa Tomei has a limited run: Now through December 8.