Man in GoFundMe dispute with homeless good Samaritan: Everything will be 'crystal clear' 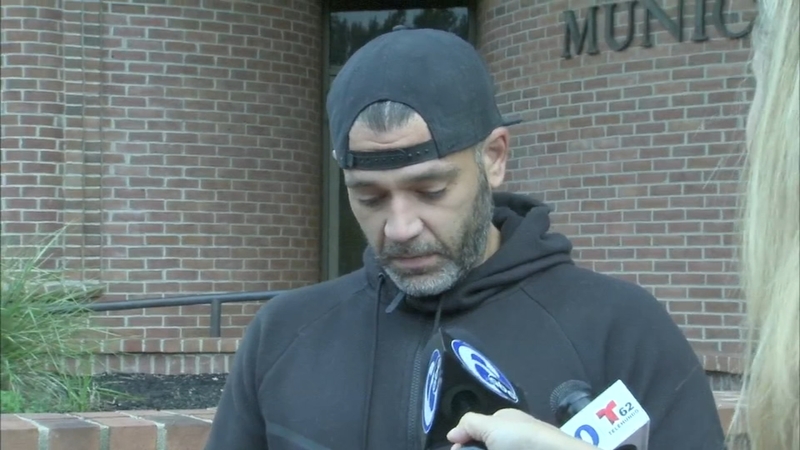 Man in GoFundMe dispute: Everything will be 'crystal clear'

BURLINGTON, New Jersey -- The man who is part of a dispute with a homeless good Samaritan over a $400,000 GoFundMe account said everything will become "crystal clear."

Mark D'Amico, 39, was in traffic court on Tuesday morning in Burlington, New Jersey, after being arrested on a traffic warrant for motor vehicle violations unrelated to the GoFundMe case.

"We're letting the cops do their jobs right now," he said. "The investigators are investigating."

D'Amico said that because of an investigation, he couldn't say anything else about the GoFundMe case. He was taken into custody last week on charges stemming from a traffic stop in October 2017, after which police say he failed to appear in court.

He is due back in court again next month.

D'Amico and his girlfriend, Kate McClure, are under investigation after that good Samaritan, John Bobbitt, accused them of dipping into the $400,000 in online donations they raised for him.
Burlington County Prosecutor Scott Coffina confirmed there was a criminal investigation into the couple, and the couple's own attorney recently said he believed indictments were likely in the case.

Bobbitt sued the couple over alleged mismanagement of the funds, claiming they had complete control over his money and used thousands of it to go on lavish trips, shopping sprees and gambling.

It all began in late 2017, when Bobbitt used $20 to help a stranded McClure get gas when her car ran out on Interstate 95 in Philadelphia. As a way to help repay his kindness, McClure and D'Amico launched the GoFundMe page. The account, at first, led to appearances for Bobbitt and McClure on national TV programs, but it soon turned into a dispute over the money.
The total amount available would have been $360,000 after GoFundMe fees. Bobbitt said he received approximately $75,000 in cash, goods and services, and he claims the couple spent with the rest. The couple claimed through their attorney they gave Bobbitt $200,000, and D'Amico has said Bobbitt spent $25,000 in less than two weeks last year on drugs, as well as paying for overdue legal bills and sending money to family. Bobbitt's attorney said last week Bobbitt was entering a residential program for drug treatment.

The couple also bought Bobbitt a camper with some of the cash and parked it on land McClure's family owns in New Jersey. But Bobbitt became homeless again after D'Amico told him in June he had to leave.