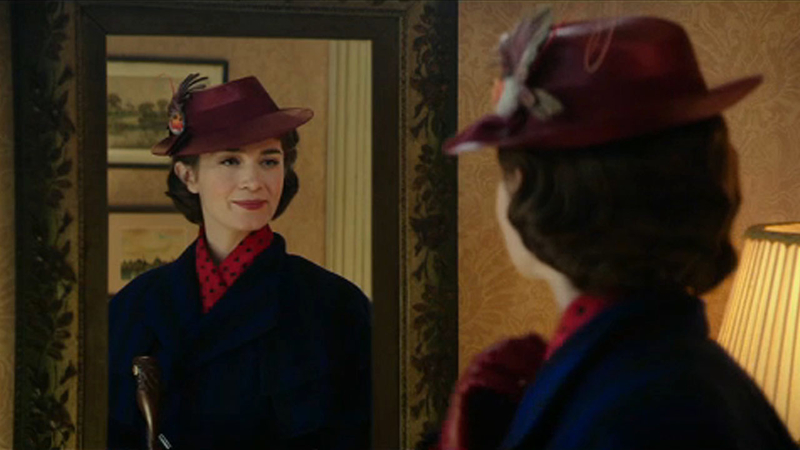 NEW YORK CITY (WABC) -- "Mary Poppins Returns" is not a remake of the beloved 1964 classic, rather a sequel that takes place a quarter century after the original.

This is just one of hundreds of canny moves made by director Rob Marshall and his team for the film.

She went back to the original books to get a handle on the character.

"She is a disciplinarian," Blunt said. "And yet she's really eccentric and batty."

Julie Andrews played Mary Poppins and sang "A Spoonful of Sugar Makes the Medicine Go Down" more than a half a century ago. But Blunt isn't as sweet, which frankly I prefer.

The original movie fired my imagination as a child. As I watched the sequel, I was disappointed at first that the nanny's return was not accompanied by the old, familiar tunes. But soon enough, I was humming a new one.

In "Mary Poppins Returns," the two children from the original movie are now grown up and trying to cope with adult challenges when their nanny returns.

The film takes place during the Great Depression, with a family about to lose their home. However, thanks to Mary Poppins and her pal, the cheerful chimney sweep, we know this is going to get sorted sooner or later.

Lin-Manuel Miranda steps up to his first starring role on the big screen. "Mary Poppins Returns" is not the game changer that "Hamilton" was on Broadway, but Miranda certainly has enough star power to carry his part just fine.

And the Poppins sequel is fun enough, especially when Meryl Streep shows up briefly and when the film mixes animation with live action. All of us get to share a childlike sense of wonder.

Taken together, this is fine family entertainment and everything a holiday movie should be.

Of a dozen new movies available by Christmas, "Mary Poppins Returns" is the one most in keeping with the spirit of the season. It's from Disney, owned by the same parent company as WABC-TV.