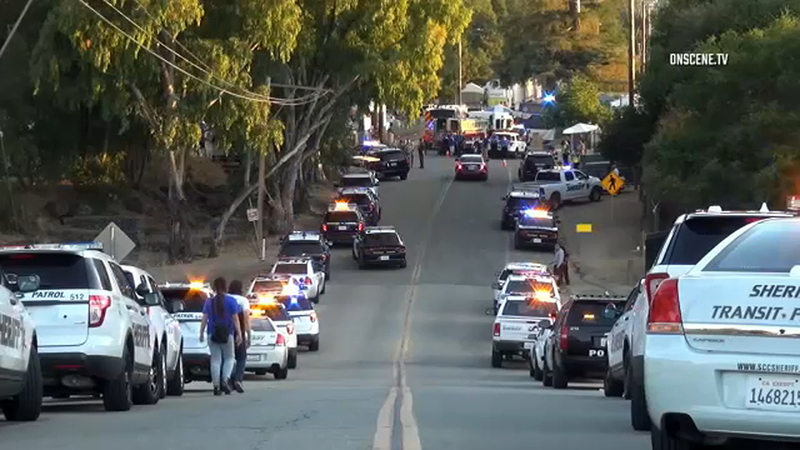 "We must reform our mental health laws to better identify mentally disturbed individuals who may commit acts of violence and make sure those people, not only get treatment but when necessary, involuntary confinement. Mental illness and hatred pulls the trigger, not the gun," President Trump said.

The American Psychological Association responded to comments regarding mental illness and mass shootings reiterating that mental illness does not necessarily lead to violence and adding that stigmatizing mental illness will discourage people who are struggling from seeking treatment.

"Routinely blaming mass shootings on mental illness is unfounded and stigmatizing," said American Psychological Association President Rosie Phillips Davis in a statement. "Research has shown that only a very small percentage of violent acts are committed by people who are diagnosed with, or in treatment for, mental illness. The rates of mental illness are roughly the same around the world, yet other countries are not experiencing these traumatic events as often as we face them."

Eyewitness News examined several studies examining factors that may contribute to the occurrence of mass shootings.

One study provided by the National Institutes of Health found fewer than 5% of gun-related killings were perpetrated by people diagnosed with mental illness.

That same study found a direct connection between an increase in gun violence and states with increased gun ownership and lenient gun laws.

"Certainly the stats play out in places where there are more guns," said Brad Garrett, ABC News Crime and Terror Analyst.

Additionally, a Homeland Security study into mass shootings found 75% of attackers showed signs that they were about to attack.

An FBI study found that four out of five active shooters display concerning behaviors as subtle as a change in work performance.

Research also shows that 59% of the time people around the mass shooter did not report odd behavior to law enforcement.

"It's fairly common for people to have some information that a professional will look at and say, 'Oh my goodness, this kid is in trouble,'" Garrett said. "What happens is they feel more and more angry toward society. You will see these people go into a downhill slide."

Garrett said mass shooters tend to be white males who have struggled socially and professionally and tend to feel, "outside of society."

He said preventing a shooting or other violent acts often requires early intervention likely by elementary or middle school.

"It's possible to prevent mass shootings because these events are planned in advance and most importantly those who carry out mass shootings typically tell others about it beforehand," Randazzo said. "It's okay for people to report behavior at low levels. Law enforcement wants to hear about it."

Below is a list of potential warning signs someone could become violent provided by the APA.

Some signs of potential for violence may be historical or static (unchangeable) factors like:


Other signs of potential violence may be present over time and may escalate or contribute to the risk of violence given a certain event or activity. These might include: