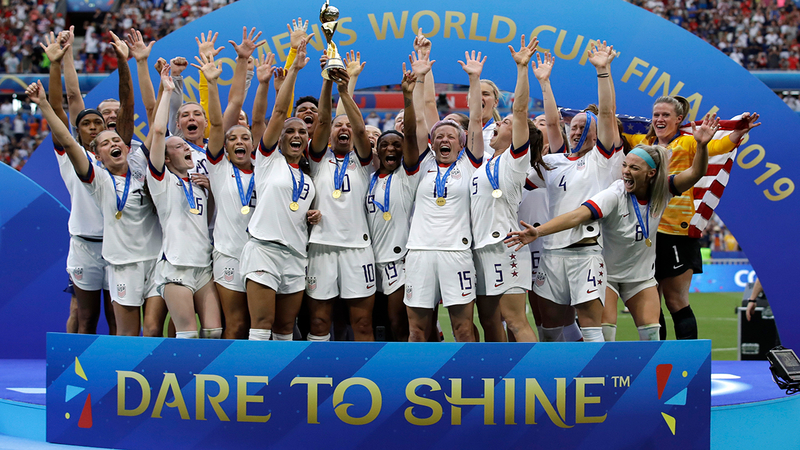 Road closures begin as floats line up for Parade of Champions

The team will be honored with a parade along the Canyon of Heroes starting at 9:30 a.m.

You can watch the parade on Channel 7. We will also be streaming on abc7NY.com and on the app.

The procession will move down the section of Broadway between the Battery and City Hall in Manhattan, with large crowds expected.

The closures and the timing are at the discretion of the NYPD.

Restrictions are in place for those motorists exiting the tunnel and wishing to go north on West Street; vehicles heading north will be sent through the Battery Park underpass.

Subway riders are advised to expect crowded stations in Lower Manhattan during the parade.

LIRR and Metro-North will be adding train capacity post-parade, and MTA agencies will be deploying extra personnel to the parade area and major commuter hubs to accommodate travel Wednesday.

Customers are encouraged to use the following stations to get to the parade:
--WTC-Cortlandt
--Fulton St
--Wall Street
--South Ferry/Whitehall Street
--Brooklyn Bridge-City Hall

Customers with disabilities can watch from an accessible area just south of the Wall Street bull. The nearby Bowling Green station is accessible to all.

Metro-North will lengthen select trains on the New Haven line in the afternoon and stage a special extra train on the Harlem line to be available as needed.