Police give description of body found at Massapequa Preserve 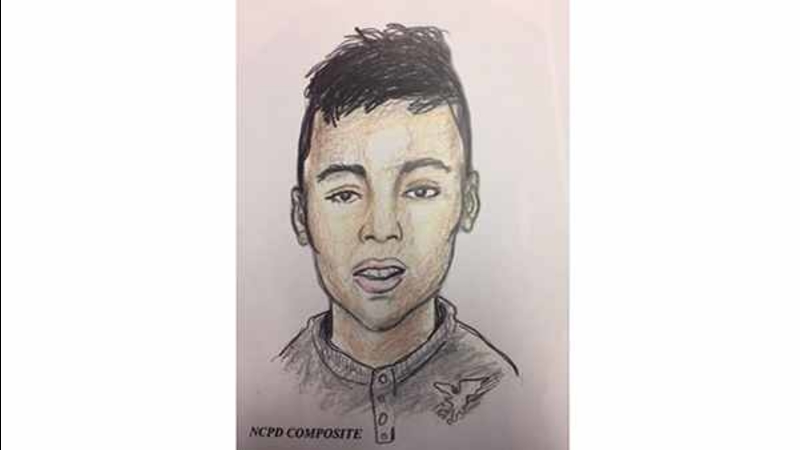 MASSAPEQUA, Long Island (WABC) -- Police on Long Island have ruled the death of an unidentified man found in the Massapequa Preserve a homicide.

He was a young man with the brightest of futures, but the person depicted in the sketch from the Nassau County Police department barely made it into his twenties before falling victim to a brutal crime.

Now, police need the public's help in identifying the man. His cut and battered body turned up in the densely-wooded preserve on Thursday afternoon when a dog-walker stumbled on it.

"When he walks his dog, he lets him loose, and he hit on this spot - that's what made him discover it," Det. Lt. Fitzpatrick adds.

On Thursday, investigators established a crime scene and searched for clues, but they didn't turn up much. Police believe the body was in that remote spot for two to three weeks. The victim wore a shirt similar to a long-sleeve shirt made by American Eagle.

They released a photo of a shirt like the one found on the man.

The Medical Examiner determined he was the obvious victim of foul play. Police say he sustained multiple lacerations and blunt force trauma to his upper body and head, and that the injuries appear to be from a large cutting instrument.