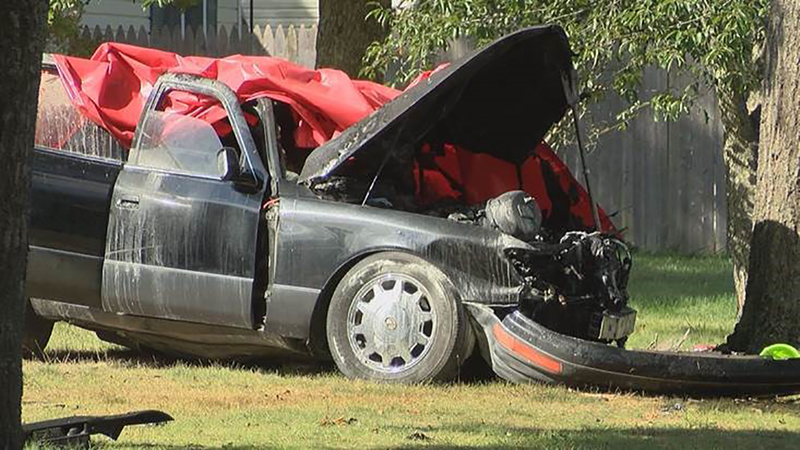 Police say a car was speeding when it crashed into a tree near Pine Road in Mastic Beach around 8:45 a.m. Friday.

It then burst into flames, trapping three people inside.

A resident used a garden hose to knock down some of the flames so the victims could be pulled out.

The driver, 20-year-old William Smith, was pronounced dead at the scene.

Responding Officer David Collins and a good Samaritan were able to pull the passengers -- 16-year-old Rasin Jackson and his 15-year-old brother Zameer Jackson -- from the vehicle.

They were airlifted to Stony Brook University Hospital, where they are listed in critical condition.

Officer Collins was transported to Stony Brook University Hospital, where he was treated for smoke inhalation.