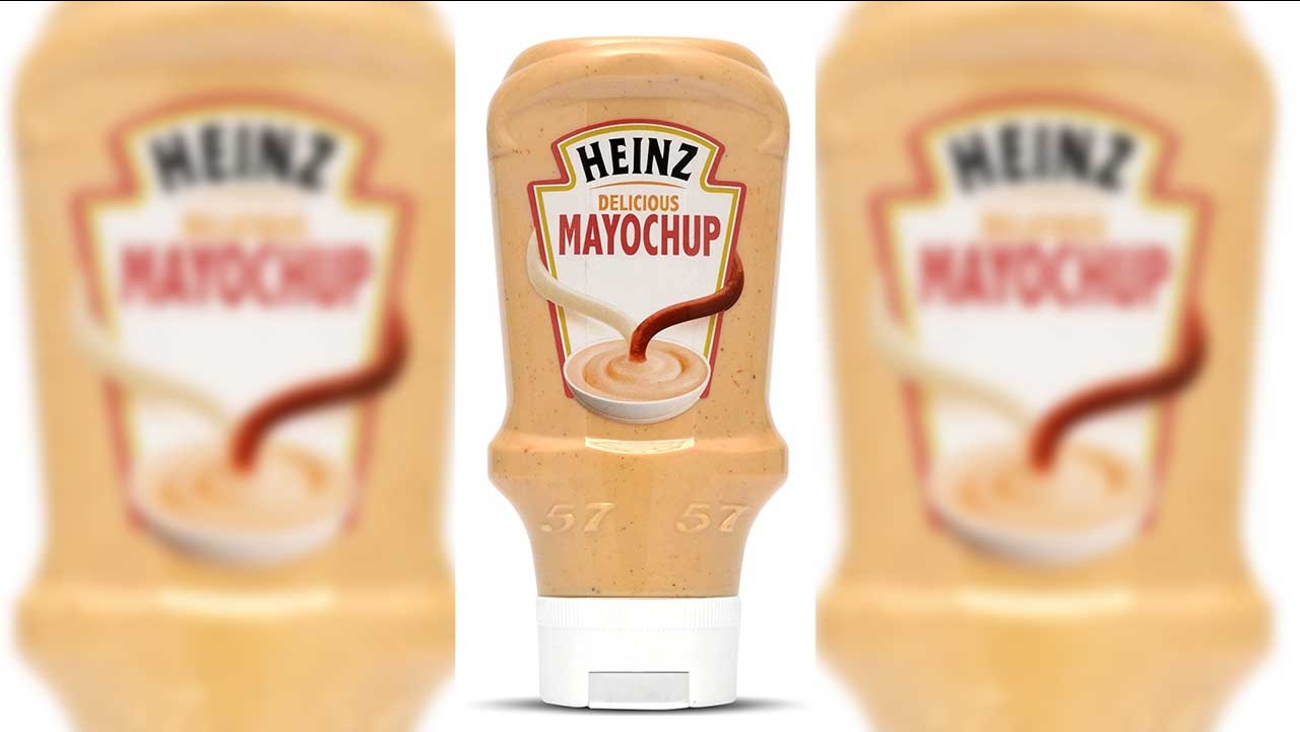 NEW YORK (WABC) -- In an era full of food hybrids, the inevitable has finally happened: Ketchup and mayo are joining forces.

Like it or not, Heinz announced Monday that it will begin making "Mayochup," a saucy blend of ketchup mixed with mayonnaise packed into one bottle.

#Mayochup is here. And these saucy cities Tweeted #Mayochup the most. Vote for your city by Tuesday, 9/18 by 11:59 PM CST to be among the first to taste it.

In April, the company asked Twitter to vote whether or not "Mayochup" should exist. Since 500,000 voted "yes," Heinz promised to bring the sauce to American store shelves.

Want #mayochup in stores? 500,000 votes for “yes” and we’ll release it to you saucy Americans.

Now the company is launching a campaign to determine which city will be the first to taste it. Sauce enthusiasts have until 11:59 PM CST to vote!