Mayor Bill de Blasio at his lowest approval rating ever 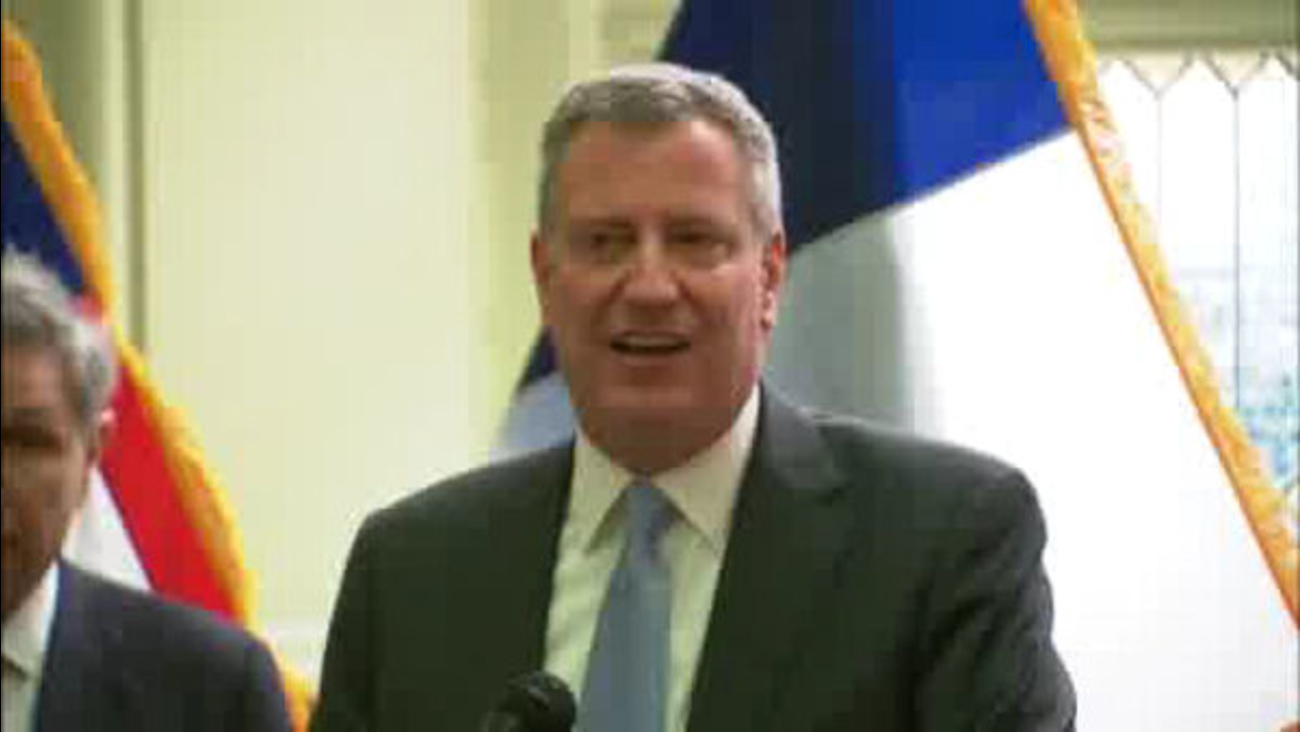 His approval rating is down from 49% in mid-January in a poll taken at the height of his battle with the police unions.

The poll also finds that 46% of voters believe de Blasio has been distracted by his increased involvement in national politics.

The poll was released exactly as de Blasio began an event in Washington to announce his new liberal national political platform.

The survey has a margin of error of 3.2 percentage points.

His approval ratings remain higher among black and Latino voters than with whites.