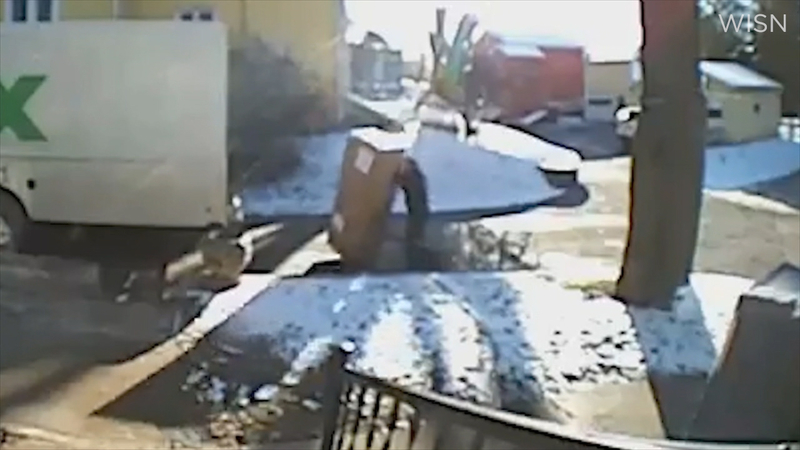 MAYVILLE, Wis. -- FedEx says the behavior of a driver who was caught on camera swearing and dropping a large package during a pickup is "unacceptable and inconsistent" with the company's values.

Wisconsin resident Andrea Wendorf caught the FedEx driver's meltdown on her doorbell camera and provided footage of the incident to local television station WISN-TV. In it, the driver can be seen pushing the package through a snowy patch of grass as he talks on the phone.

The package falls twice, once as the driver removes it from her porch and a second time as he attempted to load the package onto the truck. He repeatedly can be heard cursing into the phone and complaining about somebody named Justin.

"I was in shock...I just wanted to hear what else he was going to say," Wendorf said. She told WISN the package was a 144-pound couch that she was returning to an online retailer for a second time. Both times, she said, FedEx had delivered damaged couches, which are within the company's 150-pound weight limit.

"The frame was broken on it, so now we're wondering if it was broken because of the way they treat the merchandise," Wendorf said.

Wendorf said she had sent the video to FedEx but never heard back from the company. She told the station she just wanted an apology from FedEx.