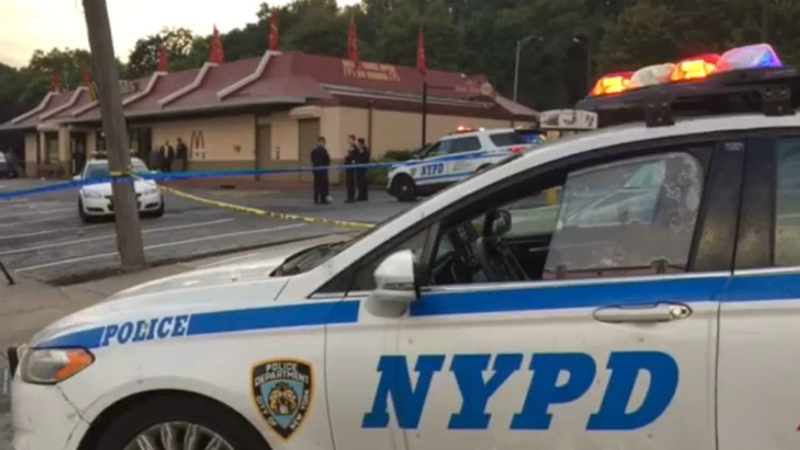 CLAREMONT, Bronx (WABC) -- Police say a reputed mobster was killed while waiting in line at a McDonald's drive-thru in the Bronx on Thursday night.

The incident was reported at the restaurant in the 1600 block of Webster Avenue just before 5 p.m.

Police said 71-year-old Sylvester Zottola was an alleged associate for the Bonanno family. He was waiting for his food inside his SUV when multiple shots were fired in what police believe was a hit.

This was not the first time he was targeted. Zottola survived a stabbing last December and was arrested earlier this year for firing at a man who pulled a gun on him outside his own Bronx home.

His 41-year-old son Salvatore survived an apparent assassination attempt when a gunman opened fire on him outside his Throggs Neck home in July. In that instance and in Thursday's homicide, the getaway car was a dark-colored vehicle.

Both father and son were frequently involved in violence, which law enforcement officials believe is linked to ongoing mob disputes.

Sources say both men were affiliated with former Bonanno family boss Vincent "Vinny Gorgeous" Basciano who is currently serving life in prison for a 2007 murder conviction.