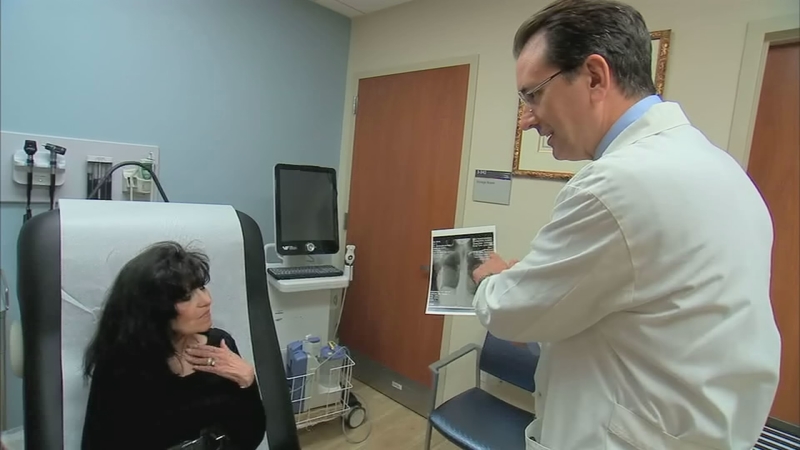 NEW YORK (WABC) -- Eyewitness News is taking you inside NewYork-Presbyterian for a look at some extraordinary stories that we call Medical Marvels. It's WABC's Emmy-nominated digital series exclusive to abc7NY.

In 2009, Roberta Schneider was diagnosed with advanced Esophageal cancer, which can be very aggressive. Her case was complex because of injuries related to a near deadly car crash in 1993. That, together with her diagnosis of breast cancer just four years earlier, was the beginning of Roberta's relationship with NewYork-Presbyterian. Through Roberta's extensive illnesses, she has been treated at NewYork-Presbyterian and believes she's alive today thanks to the many doctors she has seen at the hospital.

Dr. Frank D'Ovidio, Assoc. Prof. of Surgery at NewYork-Presbyterian, performed a complicated esophageal surgery, tailoring the procedure to accommodate her previous traumas. This amazing surgery took advantage of the remaining stomach which was re-tailored to be a new "human feeding tube" to replace the esophagus removed during the esophageal cancer operation.

The challenge was to keep her advanced disease at bay for at least three or four years and her doctors believed that their multidisciplinary approach resulted in her good health seven years since. In fact, keep an eye out for her new book, "Cancer Saved My Life."