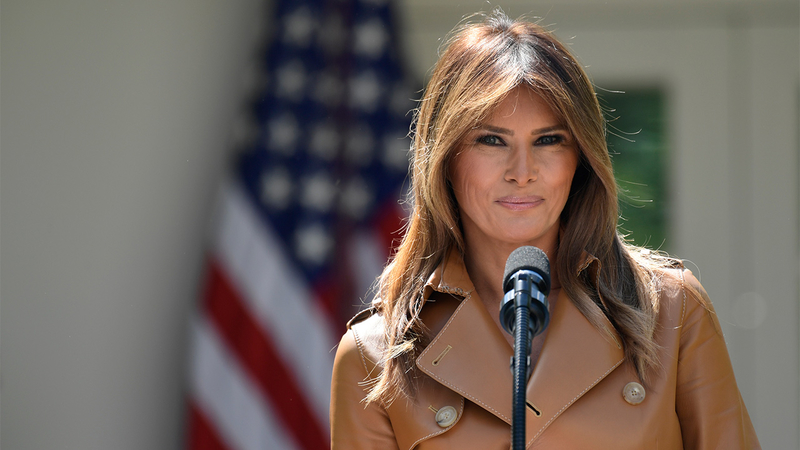 The procedure was successful, and there were no complications.

Mrs. Trump is being treated at Walter Reed National Military Medical Center. She is expected to remain there for the duration of the week.

"The First Lady looks forward to a full recovery so she can continue her work on behalf of children everywhere," spokeswoman Stephanie Grisham said.

Heading over to Walter Reed Medical Center to see our great First Lady, Melania. Successful procedure, she is in good spirits. Thank you to all of the well-wishers!

Mr. Trump and the first lady spoke before Monday's procedure, and he spoke to the doctor immediately afterward, a senior administration official told ABC News.

The White House did not offer any additional details on Mrs. Trump's condition.

Last week, the first lady launched her "Be Best" initiative to help children be their best selves. She also recently hosted her first state dinner during a three-day visit from the president of France.

Mrs. Trump, 48, lived full time in New York City during the administration's opening months so the couple's son, Barron, now 12, would not have to change schools midyear. She and Barron have been living in the White House since last June.

She was last seen in public on Wednesday at a White House event to honor military mothers and spouses for Mother's Day.

Her expected multi-day hospitalization would be the longest for a first lady since Nancy Reagan spent roughly a week in the hospital following a mastectomy in October 1987, but she is not the only recent first lady to face a medical condition while in the White House.

In 2006, Laura Bush had surgery to remove a squamous cell carcinoma tumor (skin cancer) from her right shin. In 2007, she had surgery to alleviate pinched nerves in her neck. In both cases, she did not spend the night in the hospital.

A longer historical survey reveals other first ladies of the 19th and early 20th centuries experienced more serious aliments that include stroke, epilepsy, miscarriages, kidney disease, and heart disease. Jackie Kennedy had an extended hospital stay in the 1960s after a C-section.