BETHPAGE, Long Island (WABC) -- Thousands of family, friends and colleagues turned out Thursday to bid a final farewell to an FDNY firefighter who was killed in the line of duty while battling a fire in Queens last week.

Under gray clouds and a slight mist, hundreds of firefighters stood at attention as William Tolley's casket was brought into St. Martin of Tours church in Bethpage Thursday morning.

"This is where every firefighter has to be today," FDNY Chief James Bossert said. "On a day like this, you're either working in the firehouse. or you're here. And that's how it is."

Behind the casket followed his parents, his wife Marie, and his 8-year-old daughter Bella wearing his firefighter's hat.

"The fire service community as a whole is a tremendous support for the family, which is the most important part of everything that we do in the fire service," retired FDNY Lieutenant Joe Minogue said.

The 42-year-old worked for Ladder 135 and died after falling five stories from a bucket ladder during what was described as a routine fire at an apartment building in Ridgewood.

"It's a dangerous job we do, and as you can see it was basically a routine fire," FDNY Chief Mike Massucci said. "You can be killed at any moment. And we support the families, and the men support each other." 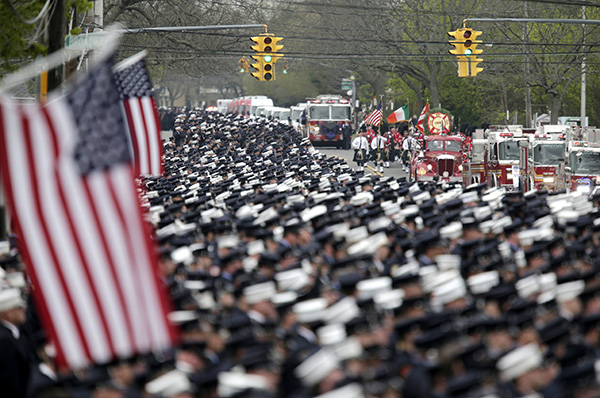 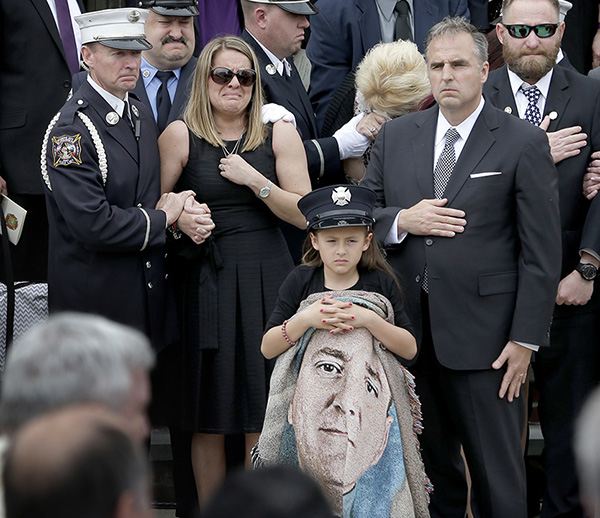 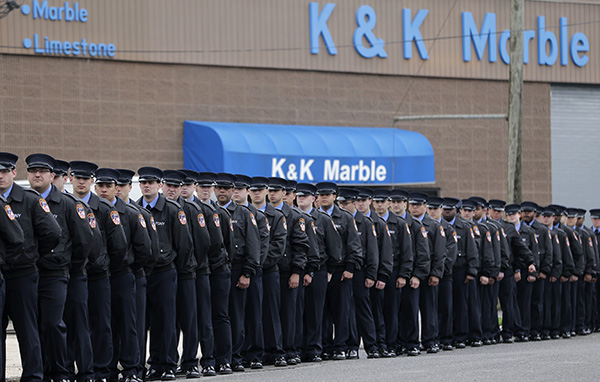 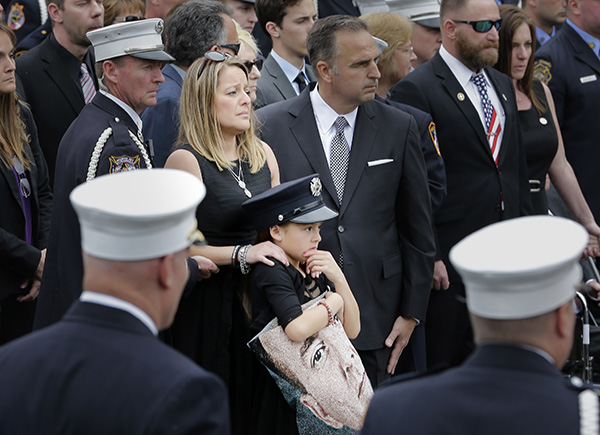 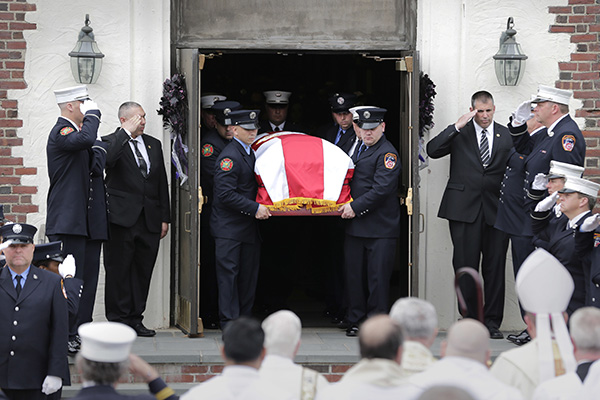 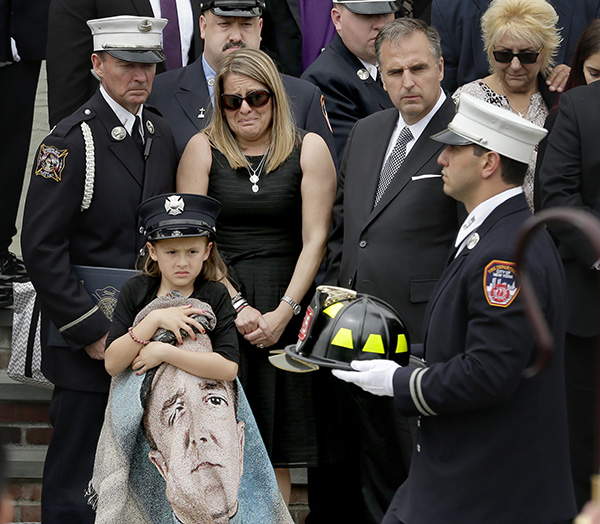 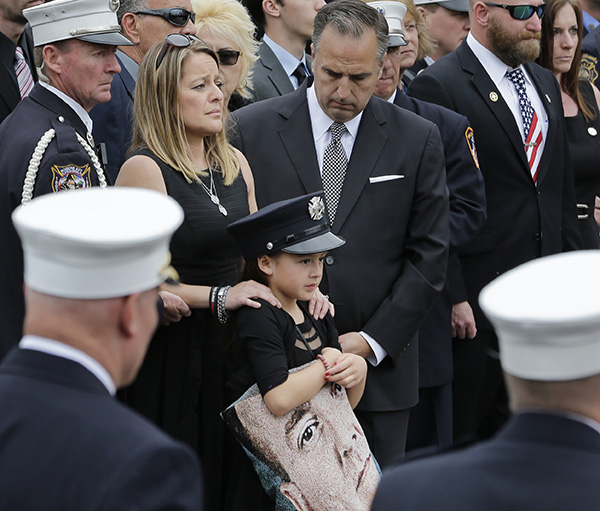 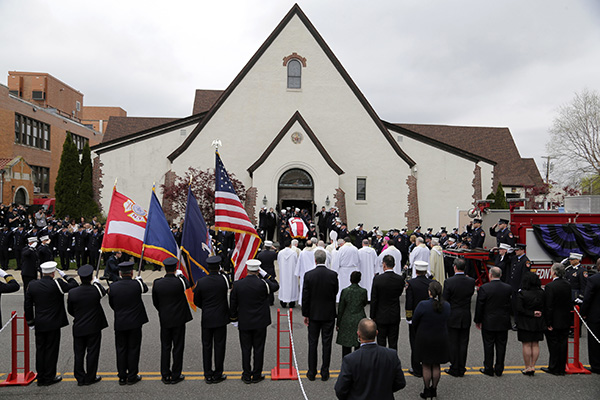 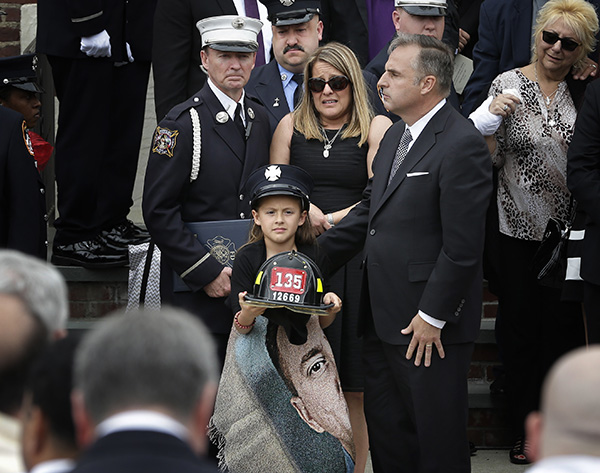 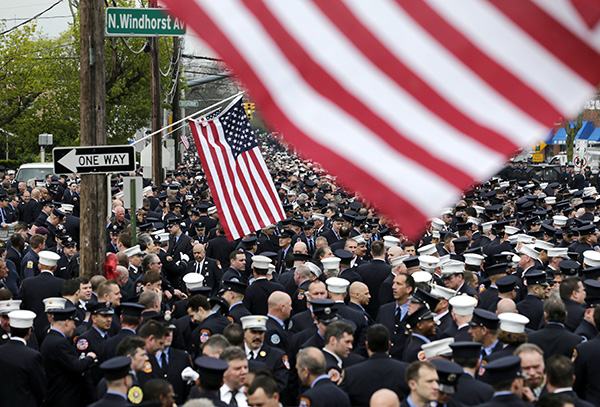 Mourners came from all over the country, and they packed the pews inside the church.

"There are people who are here from Chicago, Louisiana, Detroit, Boston," Minogue said. "And the list goes on and on and on."

The loss is most poignant for those who knew and worked with Tolley. He had been with the FDNY for 14 years, and he was also a lieutenant in the Hicksville Fire Department.

"Billy was a gentleman," firefighter Jean Tanis said. "He was my friend. We worked together for a while. The show of everyone here, you can see how much he is going to be missed. He was a wonderful person to know and to call my brother."

Earlier this week, the Stephen Siller Tunnel to Towers Foundation announced it would be paying off the mortgage on Tolley's home.

Family and friends turned out by the hundreds at wakes Tuesday and Wednesday to mourn Tolley.

In lieu of flowers, the family requests donations be made to the "William N. Tolley's Children's Educational Fund" at FDNYfoundation.org/donate.