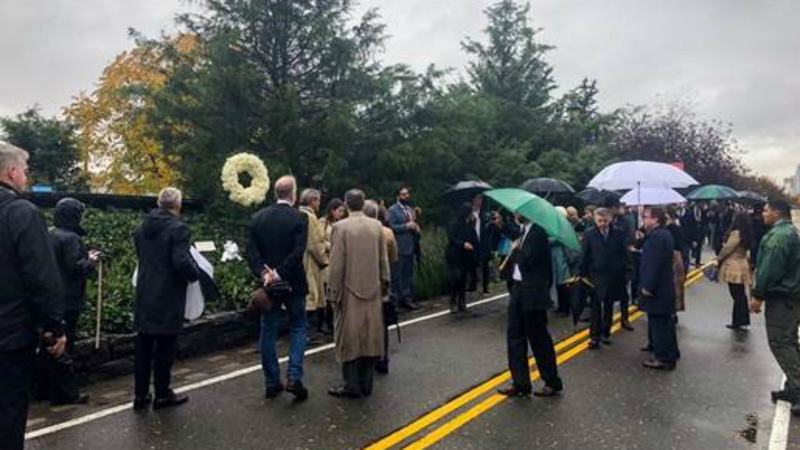 NEW YORK -- A memorial was held Thursday morning at the spot along the West Side Highway where eight people were killed in a truck terror attack two years ago.

Saipov told authorities after his arrest that he was inspired by ISIS videos.

The incident was one of several terror attacks in NYC involving suspects who pledged allegiance to the Islamic State.

Two years ago today, #NYC endured a devastating attack during the West Street truck ramming. 8 people were senselessly killed & 11 injured. We will always remember that tragic day & keep all who were affected in our prayers. pic.twitter.com/pqo28OPQbq