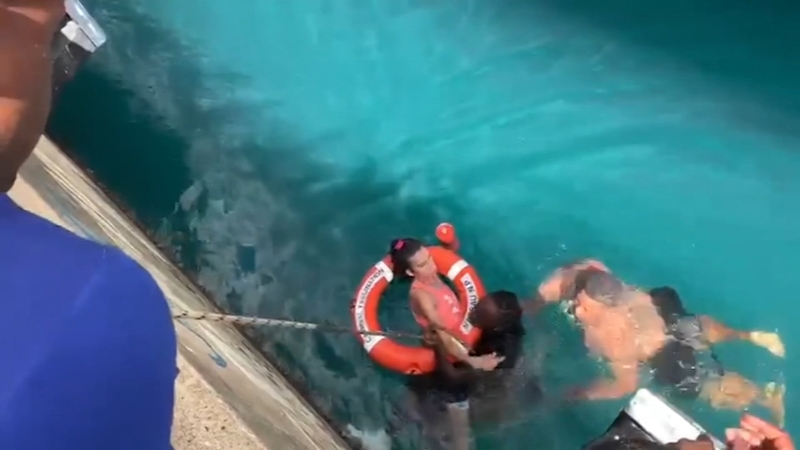 Kashief Hamilton and Randolph Donovan raced to action when the woman rolled off a dock in St. Thomas Monday.

In a video of the rescue, posted on social media, the woman is seen gripping a life ring as Hamilton and Donovan hold on to her to keep her afloat.

Hamilton and Donovan worked together with rescuers on the dock to use a rope that had been tied around the woman, to pull her out of the water.

The unnamed woman was a passenger on board the Carnival Fascination ship, which had stopped in St. Thomas.