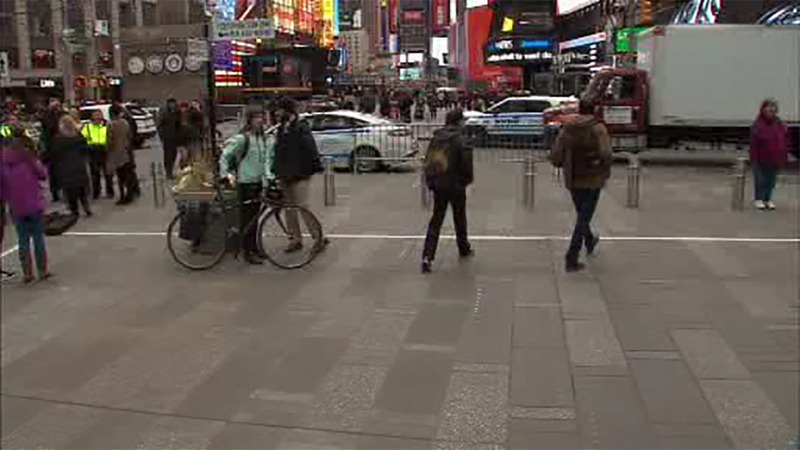 It happened at about 2:15 a.m. in front of Ripley's Believe It or Not on West 42nd Street.

One man was stabbed in the chest, the other in the neck.

Both were taken to Belleveue Hospital in serious condition.

Their assailants are believed to be a man and woman who were last seen running eastbound on West 42nd Street toward 7th Avenue.

Police believe the suspects and the victims were known to each other.