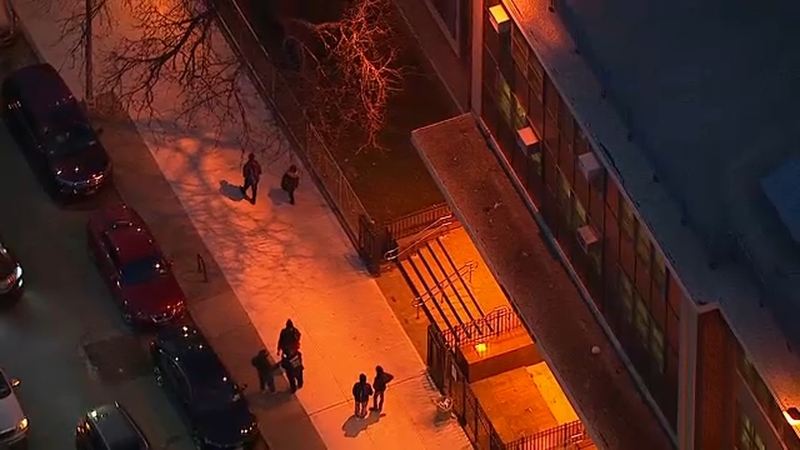 BEDFORD-STUYVESANT, Brooklyn (WABC) -- A 14-year-old high school student was arrested in Brooklyn on Thursday after a gun was discovered in his backpack.

Police were notified just before 2 p.m. of a report of a gun in a backpack at Mott Hall High School on Herkimer Street.

Authorities say the student was arrested when they found a 357 Smith and Wesson firearm inside his backpack. It is unclear if the gun was loaded.

The student reportedly told a friend he had a gun and that friend told a teacher who called police.

No injuries were reported and the school was not evacuated. There were not metal detectors at the school.

"There is no place for weapons in our schools, and NYPD immediately and safely recovered the item, and all students and staff are safe. We are working closely with the school and this serious matter will be addressed."