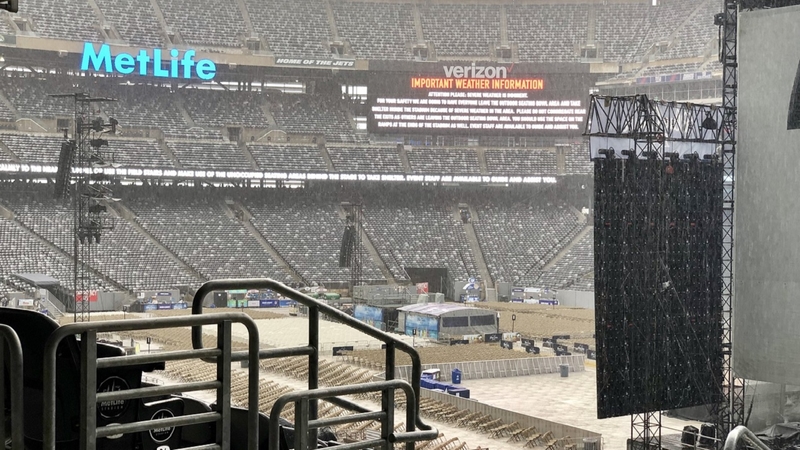 The stadium asked everyone to get out and take shelter immediately.

Just before 7:30 p.m. concertgoers were allowed to return to their seats as the show planned to resume.

Came to see Kenny Chesney at MetLife, and Mother Nature isn’t having it. Concert is in a weather delay. Thousands of people have been moved inside to the concourse. pic.twitter.com/cV31Xq7M7N

This is the second time storms forced an evacuation during a major concert there.

A couple of weeks ago, there was an evacuation at the Beyonce and Jay-Z concert.