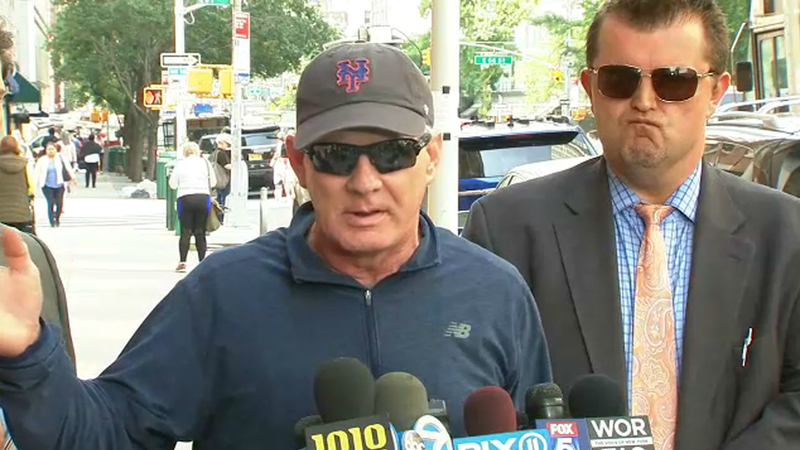 His attorneys said Friday morning that they wanted to set the record straight on what actually happened that night. Now, they are filing a complaint against that driver.

Dykstra and his attorneys say he was the victim in the ordeal. When he asked the driver to take a different route, the driver apparently started screaming at him. So he asked to pull over so he could get out of the car, the attorneys said.

They say the driver sped up and locked the doors so Dykstra could not exit the vehicle, holding him hostage in the back of the car. Dykstra's attorneys said he feared for his safety and called 911.

"Lenny was a victim, he was entrapped, false imprisoned, kidnapped, held hostage in the back of an Uber trying to get out," his attorney said.

Dykstra's lawyer said when police arrived to the scene, the driver panicked and accused Dykstra of trying to kill him.

"I was literally in fear of my life and I called 911 and I was screaming that this man is crazy, he kidnapped me," Dykstra said. "You're talking to a guy who has literally planted a flag on Mount Kilimanjaro and stepped in the depths of Death Valley. Did I ever imagine I'd be kidnapped by an Uber driver?"

Police did not recover a weapon at the time of the arrest, but say they found cocaine, ecstasy and marijuana on Dykstra. He is due in court on July 18.

Watch the full announcement below: