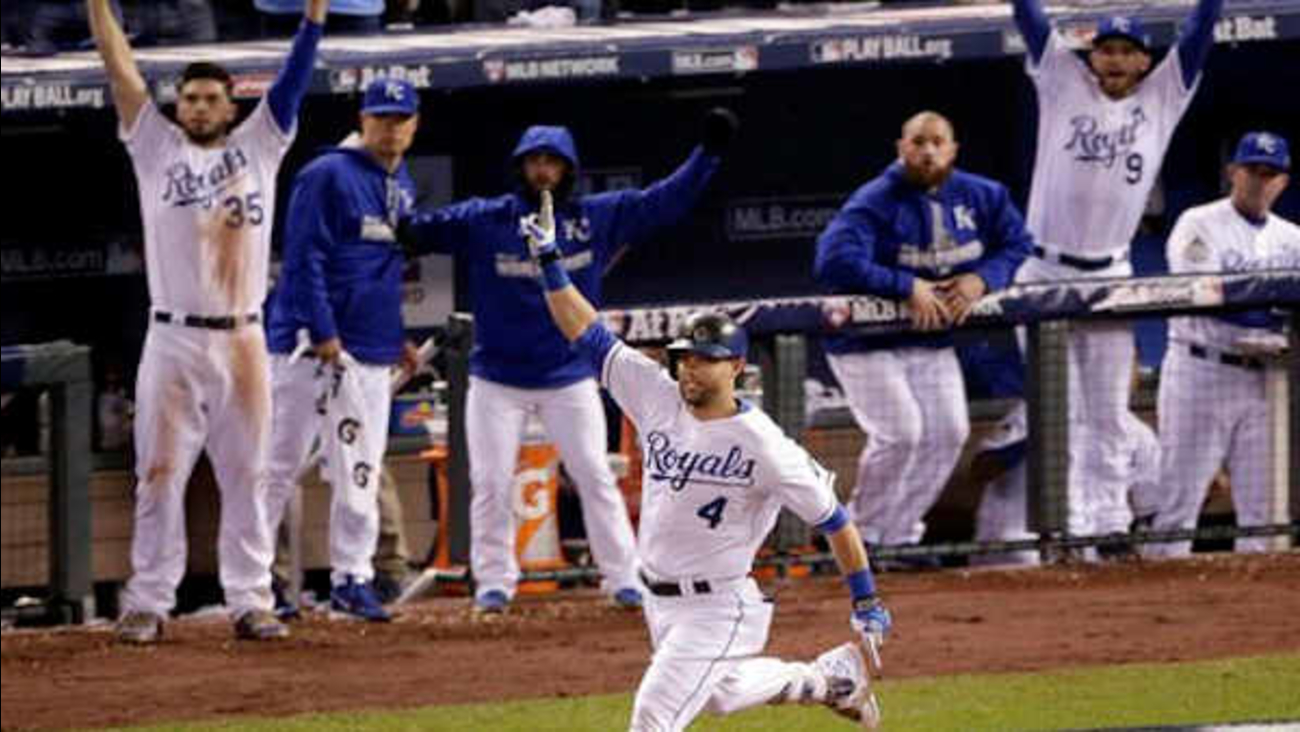 The longest World Series opener ever had a little bit of everything. And more than five hours after they began, Alcides Escobar and the Kansas City Royals also had just enough energy to outlast the New York Mets.

"It was a great night," Royals manager Ned Yost said. "Two things you don't want in Game 1 of the World Series: One is to go 14 innings and the other is to lose."

This tied for longest Series game ever and ended at 12:18 a.m. From the get-go, it was wild and weird.

Escobar hit an inside-the-parker on the very first pitch from Matt Harvey. Later, that power problem caused fans and the team's replay rooms at Kauffman Stadium to go dark.

The nearer it got to midnight - and beyond - the more oddly the ball bounced.

In the 11th, Salvador Perez grounded a single that hit the third-base bag and caromed high in the air. In the 12th, Daniel Murphy struck out on a pitch that got past Perez - it ricocheted off the backstop to the Royals catcher, who threw out Murphy at first.

About the only thing missing? A home run by Murphy, who had connected in a record six straight postseason games. The MVP of the NL Championship Series did contribute a pair of singles.

"Yeah, there was a lot of baseball out there," Murphy said.

In the 14th, Escobar reached on an error by third baseman David Wright. Ben Zobrist's single put runners at the corners and an intentional walk to Lorenzo Cain loaded the bases with no outs.

"I wanted to redeem myself for what happened earlier," Hosmer said. "That's the beauty of this game."

Chris Young pitched three hitless innings for the win. Bartolo Colon gave up an unearned run and took the loss.

"Their team, one of the things we know about them is they're never down and out," Mets manager Terry Collins. "We've got to put them away. We've got to do a better job."