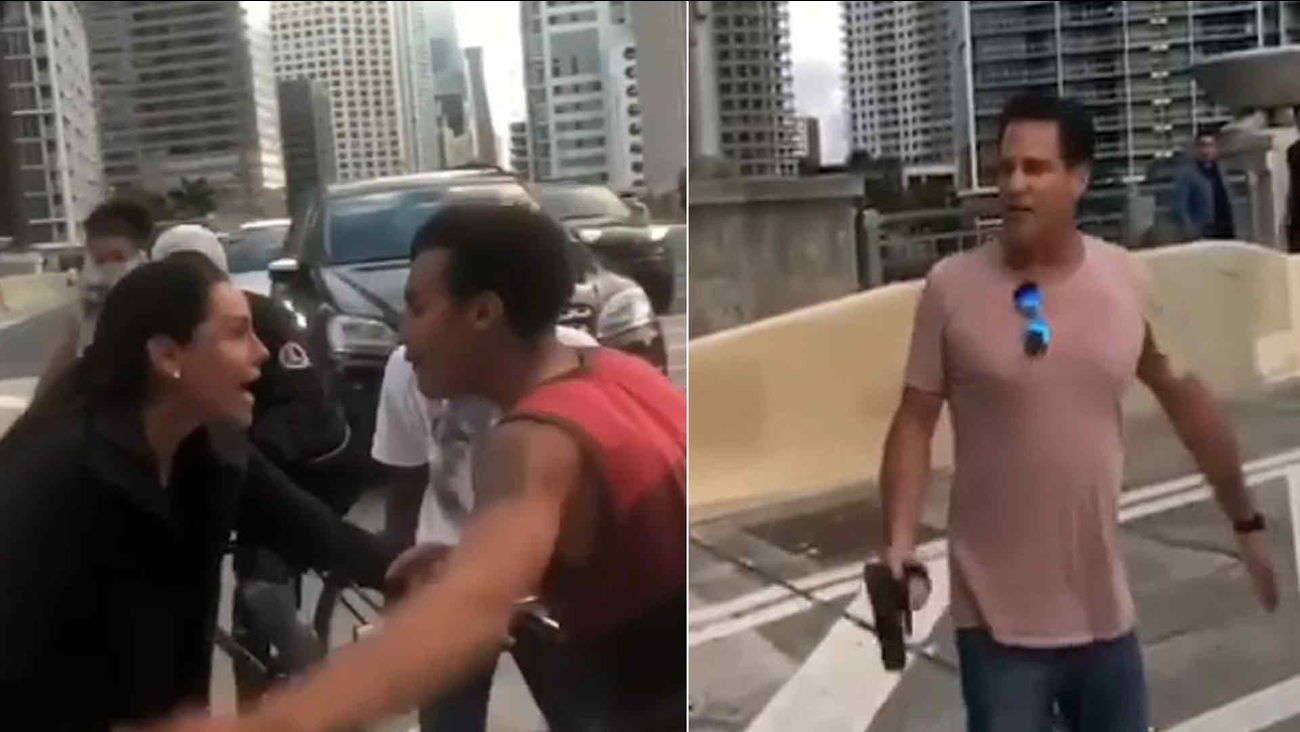 MIAMI, Florida (WABC) -- A tense confrontation between an armed man and several teenagers is stirring controversy in Miami.

The incident happened in the middle of a bridge and was caught on camera.

The video shows a group of teenagers on bicycles arguing with a woman.

The teens had been blocking the road to protest the redevelopment of a housing complex.

The woman claimed one of the boys had run over her foot with his bike, and a confrontation ensued.

After exchanging words with the group, the woman is seen leaving, then returns with an armed man, who threatens the teens, allegedly using racial slurs.

The armed man was subsequently arrested.

One Miami city commissioner is calling for a full investigation.