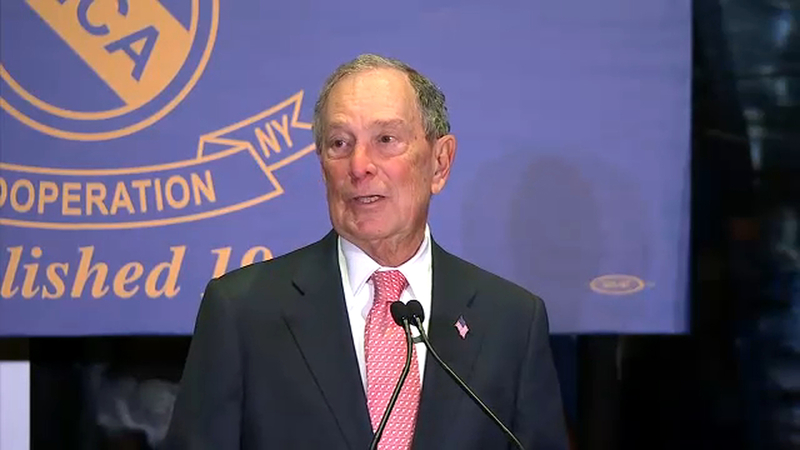 "Each time I ever ran for public office I started my campaign here on Staten Island," said Bloomberg.

It was his first planned public appearance in the city since officially tossing his hat into the ring.

Honored by the Iron Hills Civic Association, Bloomberg got a warm but somewhat tepid and mixed reception.

He was visiting the only borough in the city where Donald Trump defeated Hillary Clinton in the 2016 election, perhaps a good gauge of the difficulties Bloomberg may face in convincing swing state voters.

He addressed the issue of gun control by playing up his tough on crime record.

"We cut murders by half and we reduced incarceration by 39 percent even while it went up across the rest of this country," said Bloomberg.

Tacking left, Bloomberg has apologized for his controversial stop and frisk policy that has angered many minority voters.

And Wednesday night he was perhaps weaving right, trying to hug the center.

"I've always thought the president of the United States should be the leader of our entire country. Not the leader of a political party," he said.

Senator Elizabeth Warren meanwhile continued her assaults on Bloomberg Wednesday, tweeting in part..."I've got plans to make our government work for everyone-not just the wealthy and well-connected."

Bloomberg has already promised to spend at leasat $150 million of his own fortune on this race, leading some of his opponents to accuse him of trying to buy the election.

But despite his late entry, two polls this week have him in 5th place nationally ahead of Senator Kamala Harris, who dropped out Tuesday.